or Talk about a childhood toy/ possession

Who gave it to you?

Why was it your favorite?

There is an increasing amount of advertising directed at children which encourages them to buy goods such as toys and snacks. Many parents are worried that these advertisements put too much pressure on children, while some advertisers claim that they provide useful information to children. Discuss both views and give your opinion.

In some countries, fast food restaurants and supermarkets give money to schools to promote their products. Do you think this is a positive or negative development? IELTS exam

Some people think that robots are very important to humanity’s future development, while others think they are dangerous and have negative effects on society. Discuss both views and give your opinion. 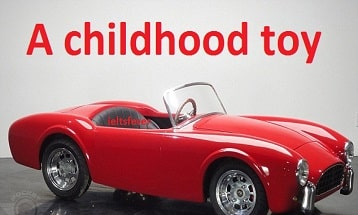