or Talk about your favorite advertisement.

Or talk about an advertisement which impressed you to buy that product.

Where did you see that?

What is the advertisement?

What is the importance of advertisement in the present scenario?

Some people like to see advertisements during TV programs. Why?

Do you think if there are too much advertising on TV?
Should government stop some of them and why?

Describe something you bought according to an advertisement you saw 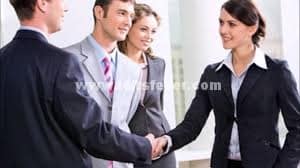 3 thoughts on “ADVERTISEMENT YOU HAVE SEEN SPEAKING IELTS EXAM”