who the child is

how you know him/her

why you spent time with him/her

Well, I love to spent time with Children because they have a pure heart. For me, children play a stress buster role in my life. Today I talk about my cousin’s children ( Agam and Nigam) who lived in Australia. Last December, they visited India and stayed our home. On that time I shared my room with them. Frankly speaking, I am a well-organized person and I love to things organized person I love to things organize properly. But on the other hand, my nephews are too naughty they love to mesh up all the time. I spent a week with them. We enjoyed a lot each others company. I played some games with them such as play with dough, colorful paints. Agam and Nigam both love to eat chocolates and candies and one thing is that`s they share it with others also. I also played some outdoor games with them such as hide and seek and cricket. when I was at the time just flying. that time was a very wonderful time of my life

For parents, what is important when bringing up their child?

Is sweet a good thing to reward them?

Do you think mothers and fathers have a different role to play in bringing up a child?

Do you think hitting children is sometimes necessary for discipline?

To tell the truth, I am not a person who enjoys spending time with children, but sometimes even I have to babysit as many of my friends already have kids, I cant say No when they ask me for help. Last year there was one occasion that I remember like it was yesterday because it was a nightmarish experience. One morning, still I was still in bed when my friend called me. She asked me to look after her 3-year-old daughter as she had some important event that she could not miss, but her babysitter told her in the morning that she could not come for some reason and my friend understood she would not find another one at such a short notice. What is more, none of my friend’s relatives agreed to help out. I was about to say ‘no’, but she told me I was her last hope. And she said there was nobody else whom they could entrust their child to. At first, everything was more or less ok because I managed to keep the kid occupied for some time. We played Hide and Seek in the house, watched cartoons together, built towers out of blocks. Whoever builds the highest tower wins. I read Fairy Tales to her. Some hours later I started feeling like a slave because she demanded attention and refused to play on her own, but at some point, I understood I was out of ideas for things to do. So she started crying. I felt terrible as things got out of hand and I did not know how to calm her down. You know, each hour felt like an eternity and I could not wait for my friend to come back home. I was so exhausted that I had just enough energy left to drag myself to bed. 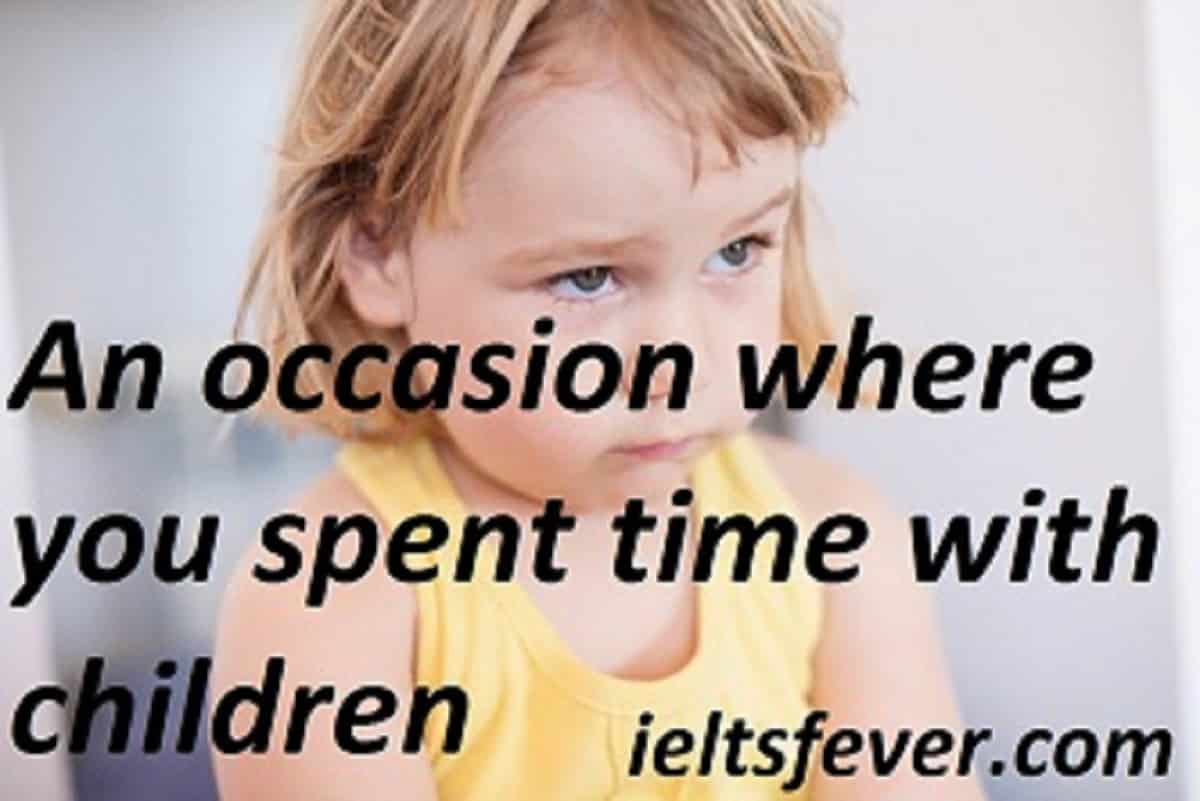 Once children start school, teachers have more influence than parents on their intellectual and social development . To what extent do you agree or disagree? IELTS exam