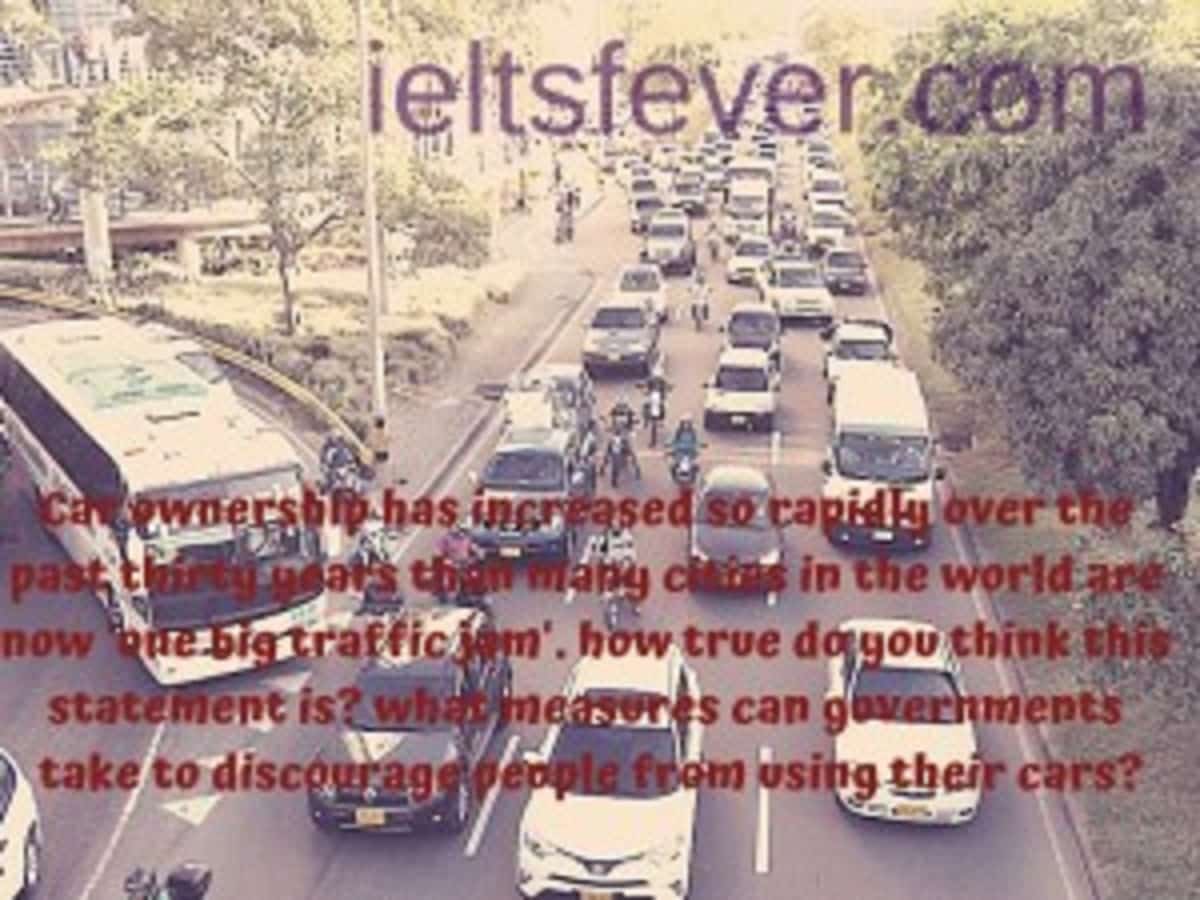 Car ownership has increased so rapidly over the past thirty years than many cities in the world are now ‘one big traffic jam’. how true do you think this statement is? what measures can governments take to discourage people from using their cars?

Most people would agree that car ownership has increased in recent years and is causing a range of problems, particularly in built-up areas. I think there are a number of ways that governments can aim to deal with this.

Many big cities in the world have traffic problems but these problems vary. for example, it is reasonably easy to drive around my city after 10 am and before 5 pm. however, outside these hours, you have to allow double the usual time to reach your destination. in some other cities, traffic is congested at all times, and there is the continual sound of car horns as people try to get wherever they want to go.

One of the best approaches governments can take in busy cities is to encourage the use of public transport. this means the transport facilities have to be well run and people must be able to afford them. buses, trams, and trains are good ways of getting around, and if they are cheap and reliable, people will use them.

Another approach is to discourage people from actually entering the city by building car parks and shopping centers on the outskirts. many cities around the world do this quite successfully and offer passengers bus transport into the center if they need it.

At peak travel periods, governments can also run campaigns to encourage people to be less dependent on their cars. apparently, a lot of car trips involve very short journeys to, say, the supermarket or local school. these are often unnecessary, but we automatically get in our cars without thinking.

Clearly, we all have a responsibility to look after our cities. governments can do a lot to improve the situation and part of what they do should involve encouraging individuals to consider alternatives to driving.

In some countries, children have very strict rules of behavior, while in other countries they are allowed to do almost anything they want. to what extent should children have to follow rules? give reasons for your answer and include any relevant examples from your own knowledge or experience.