Computers and modems have made it possible for office workers to do much of their work from home instead of working in offices every day. Working from home should be encouraged as it is good for workers and employers.

Do you agree or disagree?
Write at least 250 words.

[shc_shortcode class=”shc_mybox”]In recent years the vast expansion of information and communications technology has
made teleworking much more practical. Although in many cases office workers could be made geographically independent by using modems, faxes and cell phones, few companies or employees take full advantage of this possibility.

There are a number of strong arguments in favor of allowing  workers to work from home. Firstly costs for employers would be
reduced because businesses would require less office space, which is often situated in the center of large cities. Secondly, worker’s lives would be improved in a variety of ways. For example, they would not need to travel to get to work, which would give them more free time.
Also, they could combine their work with their family life, which is a major advantage if they are parents of young children or they have old people to look aft er. On the other hand, traveling to a centralized workplace also has a number of points in its favor. The first is that many employees would miss the social aspect of work such as seeing colleagues and meeting customers. A further point is that employers would need to be able to trust their workers to work at a high standard and finish their work on time, since supervising teleworkers is even more complicated than supervising workers in the same office.

Finally, working from home might inhibit teamwork and creative work and so perhaps so only really suitable for people doing routine office work.

In conclusion, I believe that while many workers welcome the opportunity to go out to work, others would find the chance to work from home very convenient. Where possible, I think workers should be offered the choice, but not forced to work from home unless they wish to. 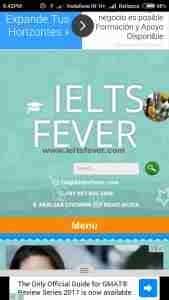