SECTION 1
* Tell me about your family.
* Where do they live?
* What do you like doing when you are with your family?
Topic 1 Health and Exercise
* What sorts of things do you do to keep healthy?
* What other sorts of things are popular in your country to keep healthy?
* What sorts of exercise do you not like doing?
* How can we get young people to do more exercise?
Topic 2 Music
* What is your favourite type of music and why?
* Do you think that a country’s traditional music is important for its culture? (Why?) * Why do people’s tastes in music often change as they get older?
* What are some of the different uses of music in your country?

Describe your favourite film or television programme
You should say:
*when you watch it
*who is in it
* what happens in it
*and explain why you particularly like it

Section 3
Topic 1 TV and Radio
* Why do you think television has become so popular over the last 50 years?
* Do you think that there is still a future for radio with television being so popular?
* Which is better for presenting the news: television or radio? (Why?)
* How can we stop young people today watching too much television?
Topic 2 Films and Cinema
* Can you compare television and cinema as forms of entertainment?
* Do people in your country prefer American films or films from their part of the World? * How do you think World cinema will develop over the next 50 years?
* Do you feel that “film stars” are overpaid for what they do? 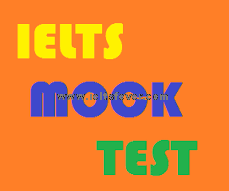 Also Read Most of our information comes from the Internet nowadays.