In some countries, people are no longer allowed to smoke in many public places and office buildings. Do you think this is a good rule or a bad rule? Use specific reasons and details to support your position.

[shc_shortcode class=”shc_mybox”]The question about whether people should be allowed to smoke in public places is the one that is open for debate. All people can be devided on
two groups: smokers and not smokers. Smokers agree that they do not benefit the society by smoking, but think that they should have some special
places in office buildings or public places where they can smoke. However, others believe that smokers should not be allowed to smoke in any
places except their own apartments. Personally, I completely agree with the last opinion. For the following reasons, which I will mention bellow, I
think that smokers should not contaminate the air other people breathe.

The first reason for this is that smokers not only damage their own health but actually cause damage to the health of others. Scientists say that
people who do not smoke, but regulary breathe in the smoke of cigarettes, so-called “passive smokers”, poison their health more then smokers
themselves. For example, when I was a student I lived with the roommate who was a chain smoker. First I did not know what to do, I smelled that
smoke everywhere and I could not breathe freely, but in a few weeks I got used to it. Now I think that I was a real smoker because of the fact that I
regulary breathed in so much smoke.

Second of all, I think that people should not be allowed to smoke in public places and in office buildings because this rule will force them to quit.
Smokers will have to quit smoking or at least will do it less often and this benefits all people smokers as well as not smokers.

Finally, smoking in public places contributes to the growth of number of smokers because many people seeing smokers may feel a desire to take a
cigarette and join them. The advertisement of cigarettes is already prohibited by the law and I think it is a good sign because many people become
smokers only because they see other people do it.

In conclusion, I think that this rule will benefit the society of every country and our world on the whole. 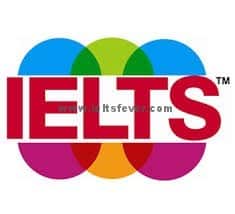 What is a very important skill a person should learn in order to be successful in the world today? Choose one skill and use specific reasons and examples to support your choice.