Individuals should not be allowed to carry guns. Do you agree or disagree.

[shc_shortcode class=”shc_mybox”]There are some who hold the opinion that gun ownership should be restricted, as it is in
many countries, and that people in general should not be permitted to keep them. There
are a number of reasons to agree with this point of view, as will now be discussed.

A major reason why governments should not allow people to have guns is because of the
potential for accidents. In America, for example, you can legally shoot people if you find
them robbing your house, but this can lead to people dying over cases of mistaken identity.
In addition, there are crimes where people act rashly or in anger, so guns that were
intended for defence are often used aggressively.

There is also the intentional damage caused by guns. It is statistically evident that the
number of gun-related crimes is higher in countries where firearm ownership is legal.
Countries like America, for example, suffer from a disproportionately high number of fatal
shootings in comparison with most other countries.

Some people, however, argue that shooting is a sport, thus being prevented from owning
their own firearm is both unjust d a violation of our rights. Yet this must be balanced with
the overwhelming number of people who use guns for criminal purposes.

To sum up, it is clear that the proliferation of guns leads to injury and death both
intentionally and unintentionally. Although there are points to support gun ownership, they
are weak in comparison with the rising tide of gun crime, a situation which will only
continue to worsen.

There are a number of strengths to this essay, but perhaps the most important is that all of
the arguments are logically laid out, with one point being presented in each paragraph. The
topic sentence of each paragraph is clear, and each paragraph is built with an appropriate
amount of development and support for a 250 word essay. 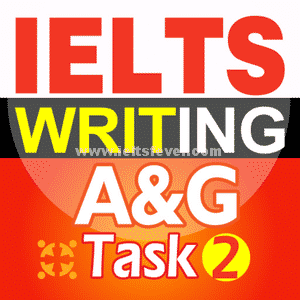 1 thought on “Individuals should not be allowed to carry guns. Do you agree or disagree.”