Intelligent machines such as robots are widely deployed to take place of human beings. discuss the advantages and disadvantages of it.

in this modern era, science has achieved enormous success in the field of technology because new inventions are introduced day by day. among them, the most important which is the source of everyone’s attraction is the robot. it is a kind of machine which resembles the shape of human beings and works according to the instructions feeds in its memory.

undoubtedly, robots took an important place in today’s world. it is because robots can work for long hours without tiredness and with more efficiency. it also increases production. for example, in a printing press, we can feed instruction in robots memory and it automatically accomplishes the task without any break or interference. furthermore, only one robot can work in place of a number of workers and as a result, it can not only saves manpower but saves the time also.

on the other hand, one has rightly said that if there are flowers, there are thorns also. likewise, a robot has some drawbacks also and among them, the most important is it creates unemployment. in this materialistic world, everyone wants to earn money for future savings but robots create problems in their path. secondly, it is operated by human beings and has no real intelligence of their own and that’s why sometimes they give unexpected results.

in conclusion, whether robots occupied an important place in this world and are beneficial for people yet they cannot replace human beings.

Describe yourself as a student and write about your interests and achievements. how have your studies, as well as, any other work and/or non-academic experience, prepared you for the course of study that you wish to undertake? 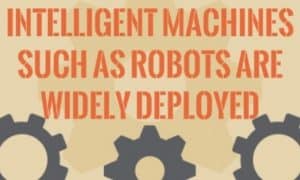 Elaborate on the proposed course of study as a logical follow-on from your studies/ work to date, and explain how this course will prepare you for future goals.