you should say
– Who is the person you want to become?
– Why do you want the change?

Every person has some dreams and some ambitions which they want to gain in their life.But some dreams can be gain and some cannot be gain. I have also some dreams that I would like to fulfill in my life. I want to become a political leader that I am not at present. the political leaders are good persons in our country which teach us how can we gain knowledge about laws, rights, rules, and regulations. I want to become a good political leader because a political leader can gain respect in a country, society by doing good works or things for the people.I want to change our country’s political condition and I know that a good leader can do it easily with the sense of mind. In our country, there are very bad things are growing day by day that things are like corruption, poverty, illiteracy, black money and no respect for law democracy. I really want to change it after becoming a political leader. for this, I will gain knowledge about democracy, political parties, the big political leader which are working at present or the ex. leaders. then I will join the good political party which gives me the chance to do work for people to rise their life and for their safety.I want to stop the corruption because the officers are only taking interest in bribe instead of-of their pay which is giving by the government. I want to become the political leader Bhagwant man who has been working in AAP political party in India.He is a good person and take interest in relief the poor people from poverty and gives the knowledge about their rights and always stands for them.he fights against corruption, bribes, and injustice in India. so, I just want to become like that person. I can just say that a leader can raise the country and a leader can spoil the country also.

People find it very difficult to speak in public or to give a presentation before an audience. Do you think public speaking skill is really important? Give reasons. Some people say public speaking should be taught at school. Do you agree or disagree?

An American film actor once said, “Tomorrow is important and precious.”Some people think individuals and society should pay more attention to the future than to the present. Do you agree or disagree?

Scientists and the news media are presenting ever more evidence of climate change. Governments cannot be expected to solve this problem. It is the responsibility of individuals to change their lifestyle to prevent further damage. What are your views? 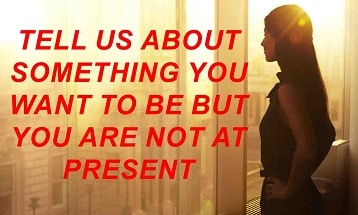