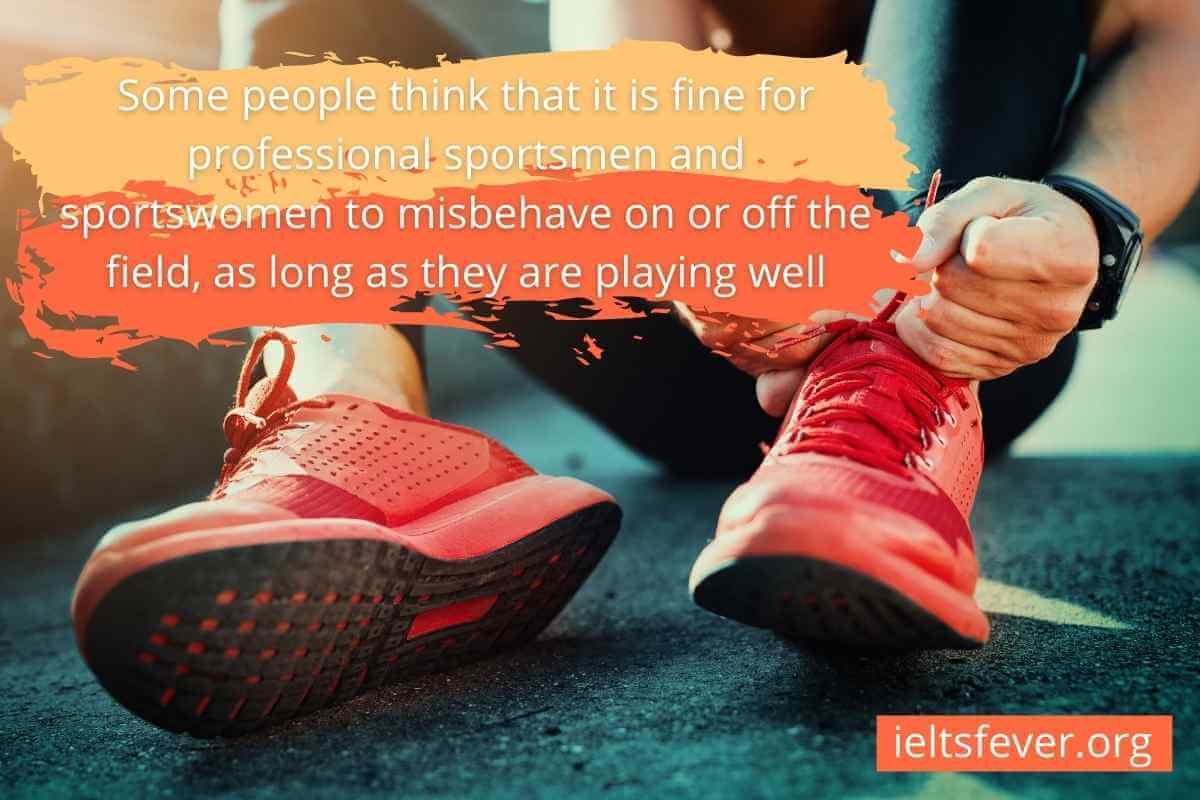 Some people think that it is fine for professional sportsmen and sportswomen to misbehave on or off the field, as long as they are playing well. Do you agree or disagree with this statement?

It is commonly thought by many that professional sports athletics to mischievous on and off the arena until they are performing better. I believe sports personalities should behave politely to anyone despite having a lot of fame. Firstly this essay shall discuss how this kind of star personality influences on next generations; secondly, it will argue that such people have not the special status is given by any higher authority as they are also part of the system.

Every country has abundant sports participants, who are certainly putting a lot of effort and hard work to bring glory for their respective nations. For many individuals, sportsmen are arrogant and selfish once they achieved fame and reach the top position. However, many personalities their arrogance off the field as well on the field which hurt many civilians. As we all aware about sport is part of daily which produces imputes in our kids, teenagers, and adult so their behavior similarly plays a vital role. For instance, in India cricket is a festival, where players are deity. Unfortunately, many cricketers show off their worse attitude and approach badly towards their fans off the field which sets the wrong example for youth. Thus, Sportsmen or sportswomen should behave responsively as they are the ones who ambassador for the next generations.

In addition, we all are on the same page in the world where we united and live peacefully. Sports athletics are not granted special status or authority to act badly or behave rudely towards common men or women. For example, in 2018 one of the UFC champions approached madly his opponent in the parking spot which cost him a suspension from the tournament and certain amounts penalty. Therefore, sports stars are encouraged for their works but law and legal process should be the same for all.

To conclude, athletic should behave in a good manner to set a good example in society as we all love sports and inspire them.