The diagram below shows the typical stages of consumer goods manufacturing, including the process by which information is fed back to earlier stages to enable adjustment. Write a report for a university lecturer describing the process shown. 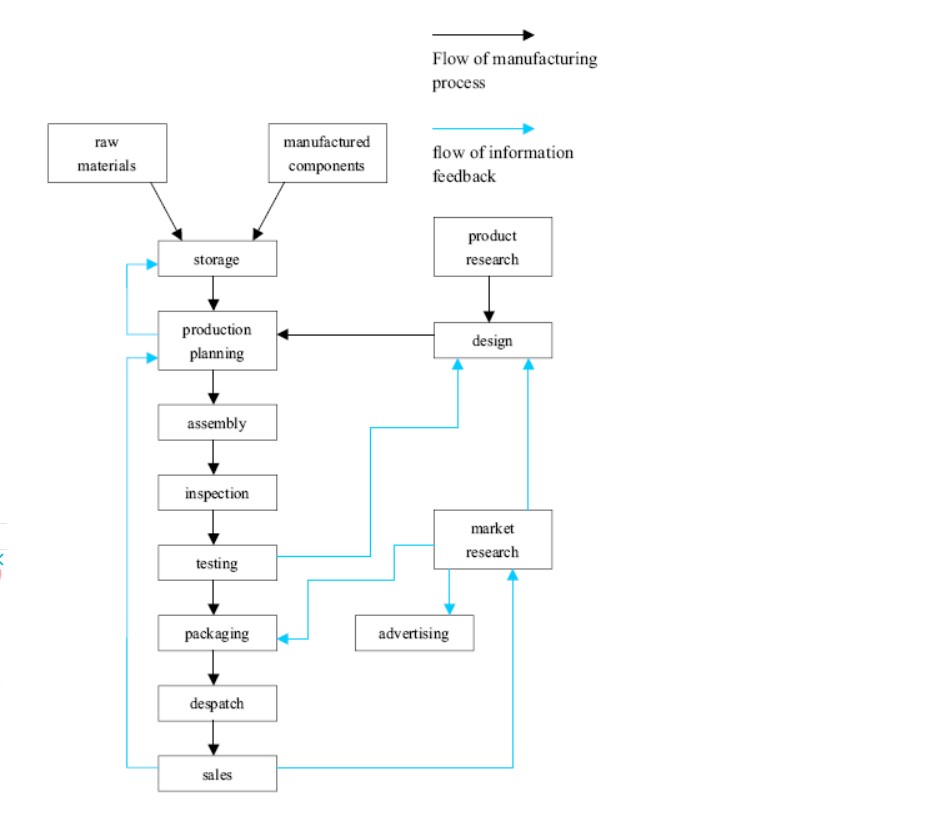 The yielded process illustrates manufacturing of storage consumption in including feedback which plays a crucial role.

Overall, it can be clearly seen that it has several stages, it starts with raw material and later, after testing, goes for sales.

For manufacturing, raw materials and manufacture components store at a particular place or area. At the same time, also start product research which leads to design and in the following stage, base on design and storage production planning. After that stage, it requires testing after assembly and inspection. If teasing is successful, then start products packaging. Later it despatches consumers, and it sold.
For feedback, after-sales of products manufacturing unit get feedback two way, in the first one, get wisdom from the purchaser which use to produce planning time, this feedback also get from storage.

Secon nuts and bolts are market research which is also divided into two parts and one is direct to design, and the second is used for packaging. Market research also uses for advertisement. During designing, testing reports or feedback also use.

Also, Read The Chart Below Shows the Percentage of Young People in Higher Education