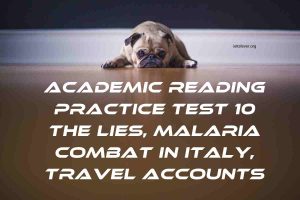 Last year Sean A. Spence, a professor at the school of medicine at the University of Sheffield in England, performed brain scans that showed that a woman convicted of poisoning a child in her care appeared to be telling the truth when she denied committing the crime. This deception study, along with two others performed by the Sheffield group, was funded by Quickfire Media, a television production company working for the U.K.’s Channel 4, which broadcast videos of the researchers at work as part of a three-part series called “Lie Lab.” The brain study of the woman later appeared in the journal European Psychiatry.

Functional magnetic resonance imaging (fMRI) purports to detect mendacity by seeing inside the brain instead of tracking peripheral measures of anxiety—such as changes in pulse, blood pressure or respiration -measured by a polygraph. Besides drawing hundreds of thousands of viewers, fMRI has pulled in entrepreneurs. Two companies Cephos in Pepperell, Mass., and No Lie MRI in Tarzana, Calif.claim to predict with 90 percent or greater certitude whether you are telling the truth. No Lie MRI, whose name evokes the casual familiarity of a walk-in dental clinic in a strip mall. Suggests that the technique may even be used for “risk reduction in dating”

Many neuroscientists and legal scholars doubt such claims—and some even question whether brain scans for lie detection will ever be ready for anything but more research on the nature of deception and the brain. An fMRI machine tracks blood flow to activated brain areas. The assumption in lie detection is that the brain must. Exert extra effort when telling a lie and that the regions that do more work get more blood. Such areas light up in scans; during the lie studies, the illuminated regions are primarily involved in decision making.