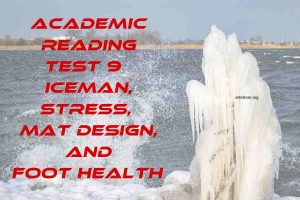 It was late spring or early summer. The man hurried through a forest he knew well, wincing from the pain in his injured right hand and pausing occasionally to listen for sounds that he was being pursued. As he fled up the slope, the yellow pollen of the hornbeam blossoms fell like an invisible rain, salting the water and food he consumed when he stopped to rest. Five thousand years later, the Neolithic hunter we call the Iceman would still bear traces of this ancient dusting inside his body a microscopic record of the time of year it was when he passed through this forest and into the nearby mountains, where fate would finally catch up with him.

Since hikers discovered his mummified corpse in 1991 in a rocky hollow high in the Ötztal Alps on Italy’s border with Austria, scientists have used ever more sophisticated tools and intellectual cunning to reconstruct the life and times of the Iceman, the oldest intact member of the human family. We know that he was a small, sinewy, and, for his times, rather an elderly man in his mid-40s. Judging from the precious, copper-bladed ax found with him, we suspect that he was a person of considerable social significance. He set off on his journey wearing three layers of garments and sturdy shoes with bearskin soles. He was well equipped with a flint-tipped dagger, a little fire-starting kit, and a birchbark container holding embers wrapped in maple leaves. Yet he also headed into a harsh wilderness curiously under armed: The arrows in his deerskin quiver were only half-finished as if he had recently fired all his munitions and was in the process of hastily replenishing them. And he was traveling with a long, roughly shaped stalk of the yew-an unfinished longbow, yet to be notched and strung. Why?

When it comes to the Iceman, there has never been a shortage of questions, or theories to answer them. During the 16 years that scientists have poked, prodded, incised, and X-rayed his body, they have dressed him up in speculations that have not worn nearly as well as his rustic garments. At one time or another, he has been mistakenly described as a lost shepherd, a shaman, a victim of ritual sacrifice, and even a vegan. But all these theories fade in the face of the most startling new fact scientists have learned about the Iceman. Although we still don’t know exactly what happened up there on that alpine ridge, we now know that he was murdered, and died very quickly, in the rocky stress hollow where his body was found.