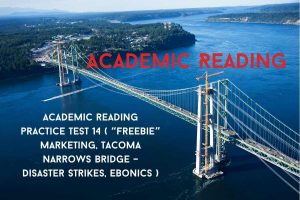 A. In the late 1890s. while traveling as an Itinerant salesperson for the Crown. Cork, and Seal Company. King C. Gillette observed how his corked bottle caps were discarded immediately after opening. Nevertheless, his company turned a healthy profit and there was Immense business value. Gillette soon came to realize, in a product that was used only a few times.

Gillette had his own personal breakthrough while Struggling with a straight-bladed razor – a slow, fiddly, and potentially dangerous instrument that required sharpening on a regular basis. A simple, disposable blade that could be thrown away when it dulled would meet a real need and generate strong profits, he correctly reasoned. After founding the American Safety Razor Company In 1901. his sales leaped from 168 blades in 1903 to 123.648 blades only a year later

When the Tacoma Narrows Bridge opened for traffic on 1 July 1940, it was celebrated as a major engineering achievement. Even before construction was completed, however, flaws in the design were apparent; workers sucked on lemon slices to avoid motion sickness as the structure swayed in the relatively mild winds.

Engineers tried three different revisions during construction to address the vibration problem. Initially, tie-down cables were anchored to fifty-tonne bulkheads on the river banks. These were ineffective, as the cables soon detached. Then, a pair of inclined cable locks were introduced to connect die main cables to the bridge deck at mid-span.

These stayed throughout the bridge’s lifespan but did nothing to reduce vibration. A further measure – the installation of hydraulic dampers between the towers and the floor system – was nullified because die dampers were compromised when the bridge was sandblasted before painting.

Ebonics – also known by a host of other names such as African American Vemocular English, Black English, Black Vernacular, and so on — is an African-American language that has its roots in the trans-Atlantic slave trade, as African captives devised the means to communicate with each other and with their captors.

In the South of the United States, these Pan-African languages co-mingled with Standard English and the Southern dialect. Many uniquely African American components have arisen over the last two centuries, and all of these influences have forged what is now known as Ebonics.