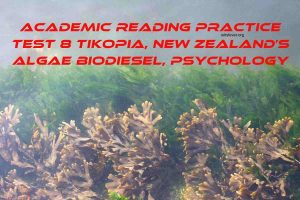 There are still debates about the origins of Polynesian culture, but one thing we can ensure is that Polynesia is not a single tribe but a complex one. Polynesians which include Marquesans, Samoans, Niueans, Tongans, Cook Islanders, Hawaiians, Tahitians, and Maori, are genetically linked to indigenous peoples of parts of Southeast Asia. It’s a sub-region of Oceania, comprising of a large grouping of over 1,000 islands scattered over the central and southern Pacific Ocean, within a triangle that has New Zealand, Hawaii and Easter Island as its corners.

Polynesian history has fascinated the western world since Pacific cultures were first contacted by European explorers in the late 18th century. The small island of Tikopia, for many people – even for many Solomon Islanders – is so far away that it seems like a mythical land; a place like Narnia, that magical land in C. S. Lewis’ classic, ‘The Chronicles of Narnia.’ Maybe because of it – Tikopia, its people, and their cultures have long fascinated scholars, travelers, and casual observers. Like the pioneers Peter Dillion, Dumont D’Urville and John Coleridge Patterson who visit and write about the island in the 1800s, Raymond Firth is one of those people capture by the alluring attraction of Tikopia. As a result, he had made a number of trips to the island since the 1920s and recorded his experiences, observations, and reflections on Tikopia, its people, cultures and the changes that have occurred.

While engaged in the study of the kinship and religious life of the people of Tikopia, Firth made a few observations on their tattooing. Brief though these notes are they may be worth putting on record as an indication of the sociological setting of the practice in this primitive Polynesian community. The origin of the English word tattoo’ actually comes from the Tikopia word ‘tatau’. The word for tattoo marks, in general, is tau, and the operation of tattooing is known as ta tau, ta being the generic term for the act of striking. For Full Test Click IELTSFever Academic Reading Test 8