Write a letter to the Mayor, the head of a municipal government, complaining about a situation in which some adolescents let their dogs run wildly causing danger.

And request him to enact a strict rule.

I am a resident of the new modal colony in which you played a role as “Mayor”. I am writing this letter to complain about a problem which I faced from the last few days because some dangerous dogs move openly on the road.

I have been living in this colony from last five years and I had never complained before. But now, It is quite difficult for all citizens who live in this area to walk freely on the streets and go outside as well. In our colony, a new tenant had come and they have two mischievous juveniles who behave very badly with elders and use offensive words. furthermore, They have 2 bulldogs and leave them free to run on roads are filled with full of fear and terror. As a result of it, elders do not walk and sit in a park as well as kids also afford to play outside in the evening.

I request you please take some serious attention before any accident happen. Please give a warning to them about do not let their dogs open. I hope you will find some solid solution regarding this matter.

I look forward to hearing from you soon. 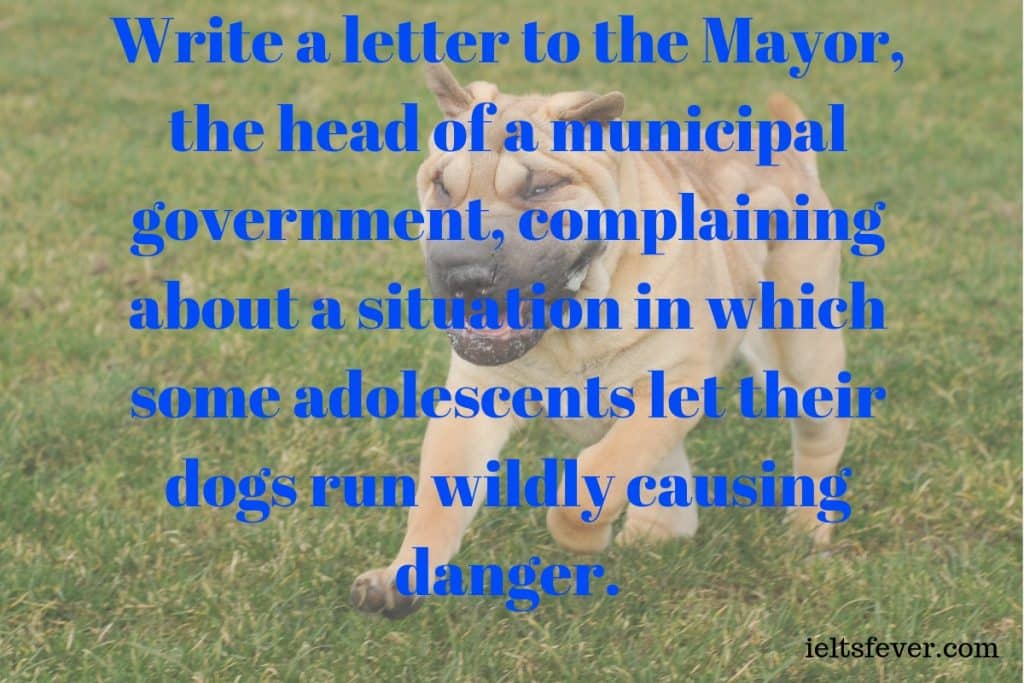 Modern societies need specialists in certain fields, but not in others. some people therefore think that governments should pay university fees for students who study subjects that are needed by society. those who choose to study less relevant subjects should not receive government funding. would the advantages of such an educational policy outweigh the disadvantages?

Write a letter to the Mayor, the head of a municipal government, complaining about a situation in which some adolescents let their dogs run wildly causing danger. And request him to enact a strict rule.

2 thoughts on “Write a letter to the Mayor complaining about a situation in which some adolescents let their dogs run wildly causing danger.”