what decision it was

what difficulties you faced

how you made the decision

In a recent couple of years, there’s this growing tendency among high school graduates to embark on a study abroad program. I have always wanted to do the same, because it’s a good opportunity to see the world, to experience different styles education, and to improve my language skills. And for a girl who has never
been far away from home, studying in a foreign country might bring out my independent nature. But I need to give it some careful thought before I could make the decision. I told my parents who are both open-minded about my plan, and they were pretty supportive, but they also pointed out some disadvantages. My mom
told me that being in a new place by myself could be overwhelming sometimes, and it tests my ability to adapt to diverse situations. And it’s highly possible that I would feel lonely and helpless every so often because all of my close friends and family members are on the other side of the world. I would be completely on my
own, and basically, everything I took for granted in the past would then be a challenge, like paying bills, opening bank accounts, communicating with fellow students, and the list goes on and on.

All of a sudden, I felt stuck. All those challenges sounded terrifying, but I really didn’t want to miss this great chance to broaden my horizon and learn more about other cultures around the world. I weighed up the pros and cons carefully, and after some serious consideration, I finally made up my mind to seize the opportunity to go abroad for study.

Describe a sportsperson that you admire IELTS exam

Some people think that the news media nowadays have influenced people’s lives in negative ways. To what extent do you agree or disagree? IELTS exam 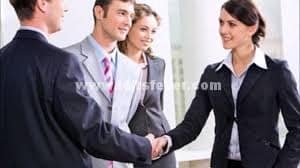