Describe a time when you found something that someone lost

Well, It is a very common thing that a human lost something by mistake. I also lost little things during my school as well as college time. But here I would like to talk about an incident when I found a passport of an unknown person during a journey. I explain it briefly.

About a couple of months ago, I was going to my college. Actually, my college is located at some distance from my village. I go over there via bus. On that day, I took a bus to reach my destination at about 9:00 AM. In the bus, just a few seats were free to sit. I sit down on a seat and felt some relaxation.

But suddenly, I felt something in my feet. I thought it is a paper or a small notebook which someone had lost. But when I stooped down to take it, I saw that it was a passport. I checked it and asked all the people who were available on the bus.

But I felt so astounded that everyone said no for this. That passport was of someone another. I saw that it was the passport of a lady named Saba Sai. I checked an address on it but  I did not know about that unknown place.

After it, I took it with me. I went to college and attended all the classes. In college, I explained to my class teacher about this passport. He advised me to go to the police station. I did the same as he told me.

Then, In the evening at that day, I went to nearby police station and gave it to the police inspector. I told him where I found it? He ensured me that he will give it to its owner. He appreciated me for doing such a good thing. I thanked the police inspector and came back to my home.

All in all, that was the time, when I found something which someone lost. From that time till now, I become more careful about all the things during any journey.

Well, There are many things in our life which could be lost sometimes intentionally and sometimes due to ignorance. These things could be materialistic or personal. But today, I would like to describe a time when I found something that was lost by someone. It was my loving watch. A couple of months ago, My sister borrowed it from me to wear. She was going to attend her friend’s wedding. So, she requested me, to wear it. I gave her for two days.

Furthermore, when she came after 2 days, she was looking scared. I asked her reason, then she told me that she has lost her watch. It made me sad and she also became worried about it. we tried hard to find it but didn’t get it.

Moreover, it was very close to me because it was given by my close friend as my birthday gift and I used to wear it daily. That was the only day when I gave it to someone else. Well! After losing it, my sister had also borrowed the same watch for me so that, I can refuse my anger on her.

Then, 4 to 5 weeks have gone and we got a wedding invitation from my cousin. So, we all were excited to go there. Then, I and my sister started our packing and took luggage bag. When I clear the bag before starting packing, I felt that something is there in the bag’s pocket. Then, I take it out and watched it, I jumped in joy and start shouting that I got it, I got it.

My sister came to me and pushed me to what happened. I show her, oh, I got my watch that you lost in your friend’s wedding. I checked it and found alright everything. Then, I thank God and wear it immediately on my wrist again. So, it was a wonderful or amazing time, when I found my loving watch that was lost by my sister.

In this fast-paced world it is very likely to lose things out of ignorance and hurry there haven’t been many times when I found something important that someone lost but I remember clearly that once I found a mobile phone it was the time when I was travelling to my hometown from my hostel I prefer to use public transport as it is an economical means of transport . Anyway I found it lying on one of the seats on the bus it was a Samsung mobile and it was golden in colour. I enquired from the conductor about the owner of the phone but he had no clue to whom it belongs. He asked me to give it to him but I refused saying that I will return it myself I tried unlocking it to know about the owner but it was secured with the password however after short while I got a call from an unknown number the person on the other side of the line introduced himself as the owner of the mobile and narrated me the whole incident that how worried he became when he came to know that his mobile is missing he told me that it might have accidentally slipped from his pocket while he was in the bus. I was positive that the person was reliable and asked him about his address and luckily it was not far from my hometown, he told me that he himself will collect it from me. All he needed was my name and address. I gave him my address and not long after I reached, some stranger came to my house and started inquiring about me.After asking a few questions I gave him his mobile back he thanked me and told me that he is very grateful he also shown me some of his family photos from the phone. He offered me a reward of 500 rupees but I refused to take it as it was not a favour but a duty on my part so that’s all about the incident when I have found something that someone lost 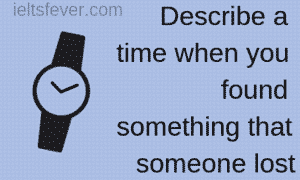