Describe a Time When You Were More Excited

when and where it occurred

and explain what was so exciting about it.

Many happy events come in my life, which makes me more excited and brings happiness in my life. However, I would like to talk about a time when I was more excited. That was my cousin’s sister’s marriage.

Last year, my uncle and aunt came to India after five years for my cousin’s sister’s marriage, and they came for four months. I was so excited.

My uncle, aunt, and their children well settled in Canada. My cousin’s sister’s marriage was held; hence they all visited in India and lived with us for four months.

There are many reasons why I was so excited: First of all, We did lots of shopping together for my cousin’s sister’s marriage. In addition to it, We did lots of fun on the day of the wedding, and we danced together. Furthermore, My aunt and uncle brought many things for all family members. Apart from this, my cousin brought an elegant dress for me from Canada, which I wore on my cousin ‘s marriage. I looked fabulous in that dress, so this was an exciting thing for me. Moreover, I was so excited because we met each other after a long time. We did a lot of gossips with each other and explored many places with them.

Overall, That time gave me more precious memories, and I was so excited. 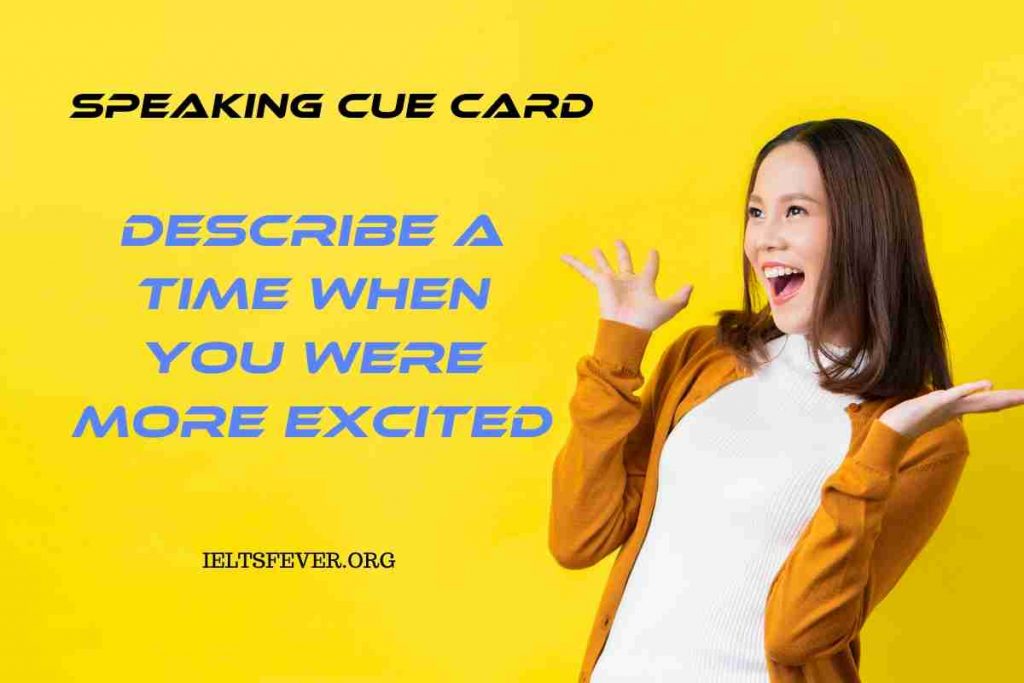 Some people believe that children should be allowed to stay at home and play until they are six or seven years old. others believe that it is important for young children to go to school as soon as possible. what do you think are the advantages of attending school at a young age?