When and where you saw it?

What type of ﬁlm was it?

What was the ﬁlm about?

And explain why it is your favorite ﬁlm?

I have seen many movies but now I would like to talk about my favorite movie.Its name is “Oh My God” which is a Hindi movie.I saw it in the Neelam cinema at moga on its releasing day.This movie comes under the religious category as well as tells about deceive of insurance companies to the common people.This movie is my favorite movie because it tells us about fake insurance policies.in this movie, famous actors Akshay Kumar and Paresh Rawal played leading roles.The Akshay Kumar is acting as GOD in this movie and Paresh Rawal looks as a victim who cheated by an insurance company.This movie also tells us about fake saints in our society which have been cheating people and collect a lot of money from them.They tried to scare people on the name of religion.This movie represents the real meaning of god and religion.it shows that God always places in our heart.So, I like this movie and always ready to see it. Really this movie teaches us the real meaning of-of life.
(Harpreet Kaur Malliana)

Some people think parents should read or tell stories to children, while others think parents need not do that, as children can read books, watch TV or movies by themselves. Discuss both views and give your opinion.

It has recently been announced that a new movie theater may be built in your neighborhood. Do you support or oppose this plan? Why? Use specific reasons and details to support your answer.

Some people prefer to live in the same place most of their life, but others like to live in different places 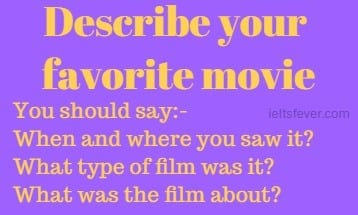