The bar chart below give information about five countries spending habits of shopping on Consumer Goods in 2012. Summarise the information by selecting and reporting the main features, and make Comparisons where relevant. 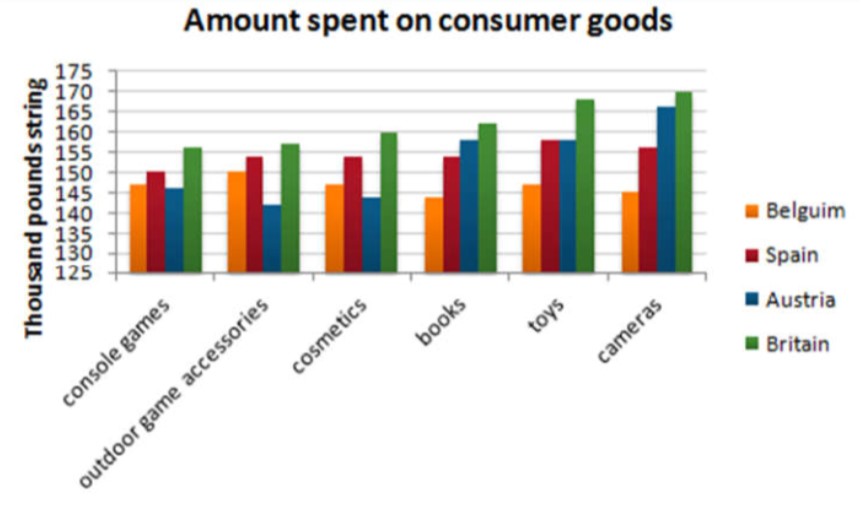 Overall, Britain people spend most pounds on given all shopping habits than other countries while Belgium people was on the least expect couple of habits.