In many cities, planners tend to arrange shops, schools, offices, and homes in specific
areas and separate them from each other. Do you think the advantages of this policy
outweigh the disadvantages?

[shc_shortcode class=”shc_mybox”]City planners incorporate urban development to facilitate tourism, growing populations,
and the citizens’ needs for modern public facilities. In this quest, they arrange shops,
educational institutes, offices and residential complexes in specific areas which are separate
from one another. There are advantages and disadvantages of this policy but overall the
advantages are much more.

The first and foremost advantage is that such planning helps in organizing traffic. Such
places are also generally well linked by public transport because public transport is also part
of urban planning. When all offices are in one location then people using their own cars can
also do car pooling. For example, if five persons of one residential complex have to go for
work in one area, then each one can take his car for one day in a week. It would be a win-
win situation for both the people and the environment.

This would also keep the residential areas free from noise and traffic and worth living in. The
cost of land in residential areas also remains less as they can never become commercial
areas. Effective green spaces such as parks can also be maintained with this careful
planning. What is more, if all shopping is confined to one area then such places can also
attract tourism. For example, sector 17 Chandigarh is a well known shopping centre and is
an attraction for tourists. Finally, such planning is cost effective because it is cheaper for the
government to concentrate water supply and sewerage disposal in restricted areas.

On the other hand, there are some disadvantages. It encourages the use of cars because
people have to cover long distances to go for shopping or to their work places. This is not
good for the environment. It also wastes a lot of time of the students because they have to
spend lot of time commuting to and from school. Some areas may be very near to schools
and some may be very far off which is not suitable.

To put it in a nutshell, I pen down saying that, careful urban planning is the need of the day.
Shopping complexes and offices should be in separate areas and away from the residential
areas. However, each residential area should be fed by one school nearby so that students
are benefitted. Overall, the pros of city planning outweigh the cons. 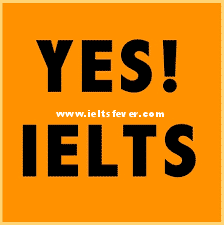