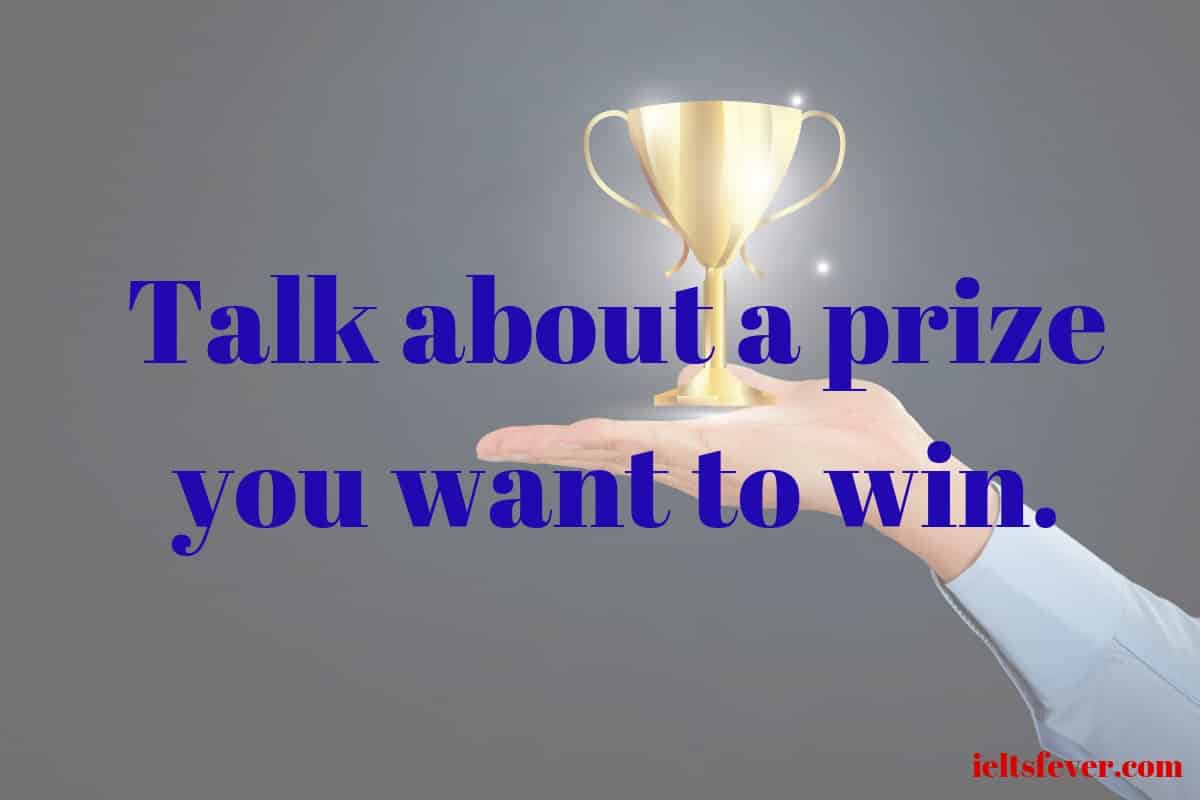 Talk about a prize you want to win.

Well, everyone loves to win competition and prize. as of course, I am not expecting from others. I also won so many prizes in school and college times. however, here I would like to talk about a prize that is my dream to win.

I would love to get the first prize in the MasterChef of India competition which is organized by a famous chef Mr. Sanjeev Kapoor to choose the best chef. This competition is held every year and participant from different states of India take parts in it.

In this competition, candidates show their culinary skills towards the judges then they choose the best 50 chefs in total. In the second round, judges gave them a recipe as a challenge and ask to cook it in an hour. After this round, only 10 competitors will go forward. in the last final round, the first runner up achieves a title Masterchef of India as well as get 1 crore India rupees. after winning amount I will be able to start my own food chain last but not the least, this competition show broadcast on national tv channel star plus through which I would give name and fame very easily. So, that’s why I want to take part in this competition and love to win it.

Well, I always like to win as well as, I won a lot of prizes during school and college time. With it, I also won prizes in sports. But here I would like to talk about a prize that I want to win.

I would like to win the first rank in “The voice”. The voice is singing competition. This is an international reality show. Apart from it, it is organized by John de Mol. In this competition, nearly up to 200 people give auditions.

Moreover, this competition held every year as well as, there are four rounds first is battles round, knockouts, live shows, and social media participation. In every round the judges give a song and, contestant sings that particular song.

After it, judges give the scores with press red or the green button. At last, in this show, three candidates are left and they sing song turn by turn then judges and audience select the winner of the voice.

Interestingly, I want to win this and the winner prizes are 50 lakhs, Maruti Suzuki car, and one free album. That’s why I want to win these prizes in the future. With this amount, I will easily start my business and I want to take part in this as well, also wants to win for a good future.

Question:- Do you think receiving the prize is wonderful feeling?

Answer:- Definitely, receiving a prize is the most amazing feeling in the world. when anyone achieves the prize then, he or she feels on the seventh cloud. However, when children get good grades in the final exam or sports then school represent that student with the award. With it, the student increases their confidence and, feel happy as well as, they also do hard work in next participation.

Question:- Why do you think some teachers use competitions as class activities?

Answer:- well, in the modern era, everyone busy in their work as well as, student’s do not show their interest in the studies. with it, certain school teachers use competition way to encourage the students. For example: nowadays almost school tutors organized science quiz competition for scholars. in this competition, educator divide pupil into four teams and each team have 6to8 members. after it, the speaker puts some question related to scientific knowledge. Every team gives the answer turn by turn. At the last, the winning team received the award from the principal. With it, teachers encourage the pipuls to do these types of competitions.

Question:- According to you, the government should organize the competition for every society? Talk about a prize you want to win everyone loves to win competition and prize. as of course, school and college MasterChef of India

Describe a friend who could be a good leader. speaking IELTS exam