The bar chart below shows the total number of minutes (in billions) of telephone calls in Australia, divided into three categories, from 2001- 2008. Summarise the information by selecting and reporting the main features and make comparisons where relevant. Write at least 150 words 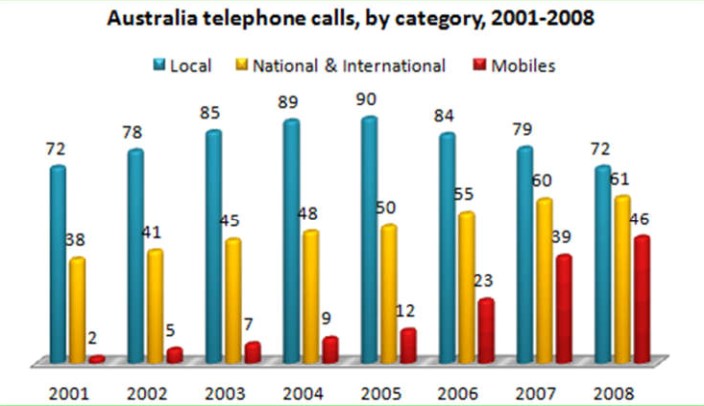 The provided bar charts illustrate the three different types of telephone calls, local, national and international and mobile call in Australia between 2001 to 2008, calls measured unit was minutes and it is given in billions.

Overall, year by year national and international and mobile calls used was rose, the most used call was local which was fallen after half period. Dramatically revolution in mobile telephone calls minutes.