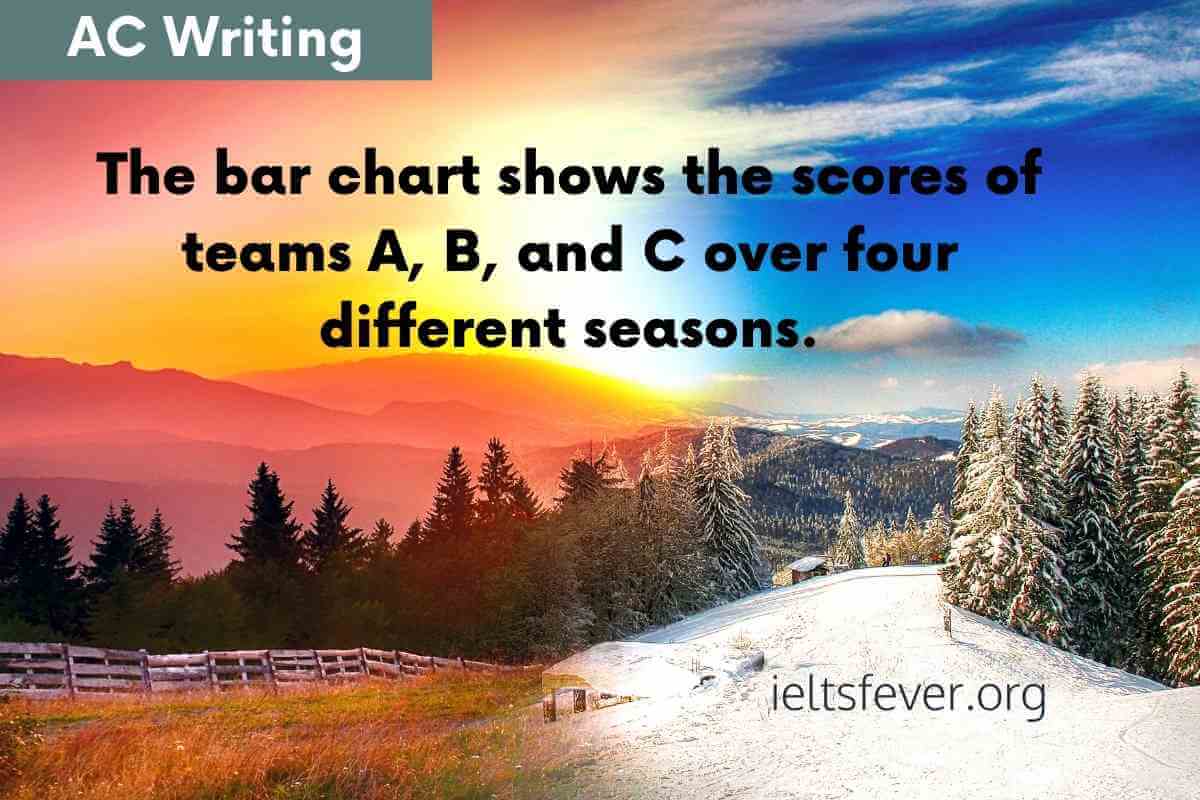 The Bar Chart Shows the Scores of Teams a, B, and C Over Four Different Seasons. 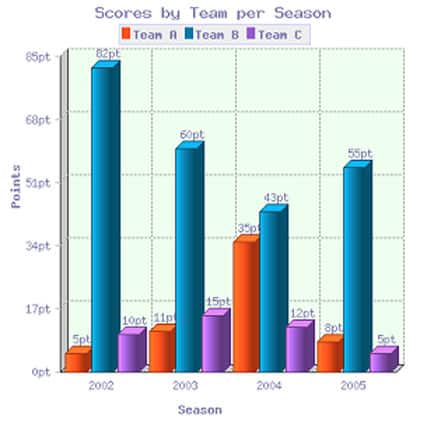 Sample Answers of the AC Writing The Bar Chart Shows the Scores of Teams a, B, and C Over Four Different Seasons.

The bar chart illustrates the points of teams A, B and C in four seasons. Overall when seeing the chart it clearly states the different team performance in the year of 2002,2003,2004,2005. Consistently, Team B is the only team who has scored more compared to other teams in all the seasons. Which makes them as the winner of all the seasons. Apart from that Team A has shown an inclination in the year 2004.

When we look into the graph for the year 2002-2003 season. In 2002 It’s very evident that Team B scored 85 points compared to Team A and C who scored 5 and 10 points respectively. However, in the next season in the year 2003, Team B point is been declined to 60, but other two teams A and C point inclined to 11 and 15, Which is a steady growth of both teams. Though they have scored better points compared to the earlier season which doesn’t make them win the season. As Team B is still at the peak.

When we compare the season 2004 and 2005, In Season 2004 Team B scored has declined and scored 43 points compared to the earlier 200 seasons. However, Team A has shown a very good performance and it has scored  35points which almost neared the score of Team B. Team C has declined to 12 points compared to 2003 season. In season 2005 the bar chart shows a declination in the points of the Team A and C which is 8 and 5, Though Team B has slightly inclined compared to the last season scored 55 points. Thus Team B secured all the seasons by scoring higher points than other teams, Though there were fluctuations in between.

The Above Bar Chart illustrates the scores of three different items (Team A, B & C) per season.

t first glance, it is clear that Team B recorded the highest point 82point in the year 2002.

Overall, it is noticeably clear that in both years 2003 and 2005, 60 points and 55point was recorded by team B respectively while 35point and 43point were recorded by team A and B in the year 2004.

So These are the Sample answers of AC Writing (The Bar Chart Shows the Scores of Teams a, B, and C Over Four Different Seasons.)