The Canals of De Lesseps

Two of the most spectacular engineering feats of the last 200 years were of the same type though thousands of miles apart. They were the construction of the Suez and Panama canals. The Panama Canal joins the Pacific and Atlantic oceans while the Suez joins the Red Sea (Indian Ocean) and the Mediterranean (Atlantic Ocean). Both offer ships huge savings in time and mileage. For example, a nine hour trip on the Panama Canal would save a total of 18,000 miles on a trip from New York to San Francisco. Amazingly enough the same French engineer, Ferdinand de Lesseps, played a major part in the construction of both.

The history of the Panama Canal goes back to 16th century with a survey of the isthmus and a working plan for a canal ordered by the Spanish government in 1529. In the 18th century various companies tried and failed to construct the canal but it wasn’t until 1880 that a French company, organized by Ferdinand Marie de Lesseps, proposed a sea level canal through Panama. He believed that if a sea level canal worked when constructing the Suez Canal, it must work for the Panama Canal. Finally the Panama Canal was constructed in two stages. The first between 1881 and 1888, the work being carried out by the French company headed by de Lesseps, and secondly, the work by the Americans which eventually completed the canal’s
construction between 1904 and 1914. The French company ran out of money and an attempt was unsuccessful to raise funds by applying to the French government to issue lottery bonds which had been successful during the construction of the Suez Canal when that project was at the point of failure through lack of money. The French problems stemmed from their inability to create a viable solution to the differences in tidal changes in the Pacific and Atlantic Oceans. There is a tidal range of 20 feet at the Pacific whereas the Atlantic range is only about 1 foot. The Americans proposed that a tidal lock should be constructed at Panama which solved the problem and reduced excavation by an enormous amount. When construction was finally finished, the canal ran through various locks, four dams and ran the lengths of two naturally occurring lakes, the 32 mile Gatun Lake and the 5 mile Miraflores Lake.

When the US took on finishing the canal they and the new state of Panama signed the
Hay-Bunau-Varilla treaty, by which the United States guaranteed the independence of Panama and secured a perpetual lease on a 10 mile strip for the canal. Panama was to be compensated by an initial payment of $10 million and an annuity of $250,000, beginning in 1913. On December 31st 1999 United States transferred the 51 mile Panama Canal, the surrounding Panama Canal Area and the income back to the Panamanian government.

The idea of a canal linking the Mediterranean to the Red Sea also dates back to ancient
times. Unlike the modern canal, earlier ones linked the Red Sea to the Nile, therefore forcing the ships to sail along the River on their journey from Europe to India. It consisted of two parts: the first linking the Gulf of Suez to the Great Bitter Lake, and the second connecting the Lake to one of the branches in the Nile Delta that runs into the Mediterranean. The canal remained in good condition during the Ptolemaic era, but fell into disrepair afterwards and was completely abandoned upon the discovery of the trade route around Africa.

It was Napoleon’s engineers who, around 1800 AD, revived the idea of a shorter
trade route to India via a Suez canal. However, the calculation carried out by the French engineers showed a difference in level of 10 meters between both seas. If constructed under such circumstances, a large land area would be flooded. Later the digging of the canal was undertaken by the Ferdinand de Lesseps, who showed the previous French sea height estimates to be incorrect and that locks or dams were not needed.

In 1859, Egyptian workers started working on the construction of the canal in conditions described by historians as slave labor, and the project was completed around 1867. The canal is 163 km long, and has a width of a minimum of 60 metres. The canal cuts through three lakes, Lake Manzala in the north, Lake Timsah in the middle and the Great Bitter Lake further south. The largest, the Great Bitter Lake makes up almost 30 km of the total length. The canal is extensively used by modern ships as it is the fastest crossing from the Atlantic Ocean to the Indian Ocean.

In July 1956 the Egyptian president Nasser announced the nationalization of the canal
in response to the British, French and American refusal for a loan aimed at building the Aswan High Dam on the Nile. The revenue from the canal, he argued, would help finance the High Dam project. Since then the Egyptians have controlled the canal. Today, approximately 50 ships cross the canal daily and the cities and beaches along the Great Bitter Lake and the canal serve as a summer resort for tourists.

Questions 1- 8  The Canals of De Lesseps


Use the information in the text to match the statements (1 – 8) with the canal
references (A – D). Write the appropriate letter (A – D) in boxes 1 – 8 on your
answer sheet. Write:

1 The surface of the whole canal is at sea level.
2 The canal’s construction had financial problems.
3 Dams had to be built to construct the canal.
4 The canal generates money for the country it passes through

Questions 9 – 13 The Canals of De Lesseps

Read the passage The Canals of de Lessep’s again and look at the statements
below. In boxes 9 – 13 on your answer sheet write: 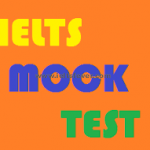 The table below describes percentages of home schooled students in Some Country in 1999-2004. Write a report for a university lecturer describing the information shown.