The charts summarise the weight measurements of people living in Charlestown in 1955 and 2015.

Summarise the information by selecting and reporting the main features, and make comparisons where relevant. 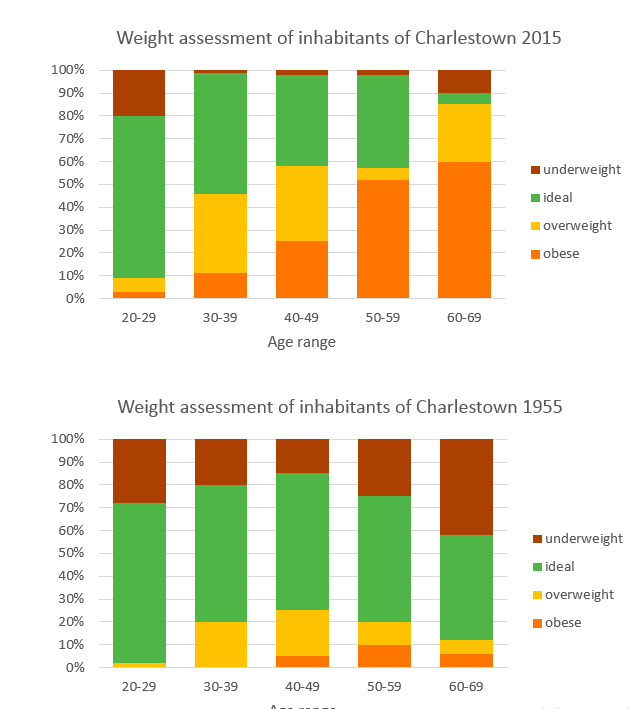 The bar charts show the difference weight categories of dwellers of Charlestown over a period of 70 years.

From an overall perspective, it can be seen from the charts, in 1955, most of the people of Charlestown had ideal weight in every age group. On the other hand, people had become more obese in the year 2015.

Moving on further, the percentage of overweighted people was approximately 34% for 30-39 age range, almost 23% in 40-49 and around 38% by elderly people in the year 2015. In contrast,  it was at around 20% for 30-39 and 40-49 age group in 1955.  In 2015, almost half of the inhabitants of Charlestown were obese, and around one-third of people were overweighted,  also one-fifth  were under-weighted,  while only 5% was obese and majority of citizens had ideal weight and almost 60% were under-weighted.

this is end of academic writing task 1(the charts summarise the weight measurements of people living in Charlestown in 1955 and 2015.)