The graph below shows the quantities of goods transported in the UK between 1974 and 2002 by four different modes of transport. Summarise the information by selecting and reporting the main features, and make comparisons where relevant. 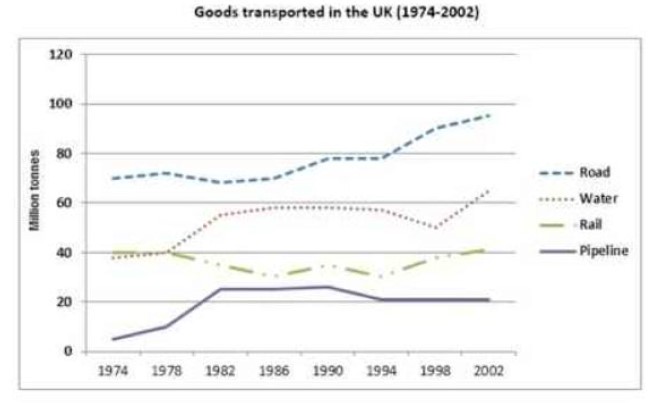 The provided line charts demonstrate the four different transportation modes, rail, road, water and pipeline quality in the UK from 1974 to 2002. Good transported was measured in million tonnes.