The pie chart gives information about the country of birth of people living in Australia, and the table shows where people born in these countries live. Summarize the information by selecting and reporting the main features, and make comparisons where relevant. 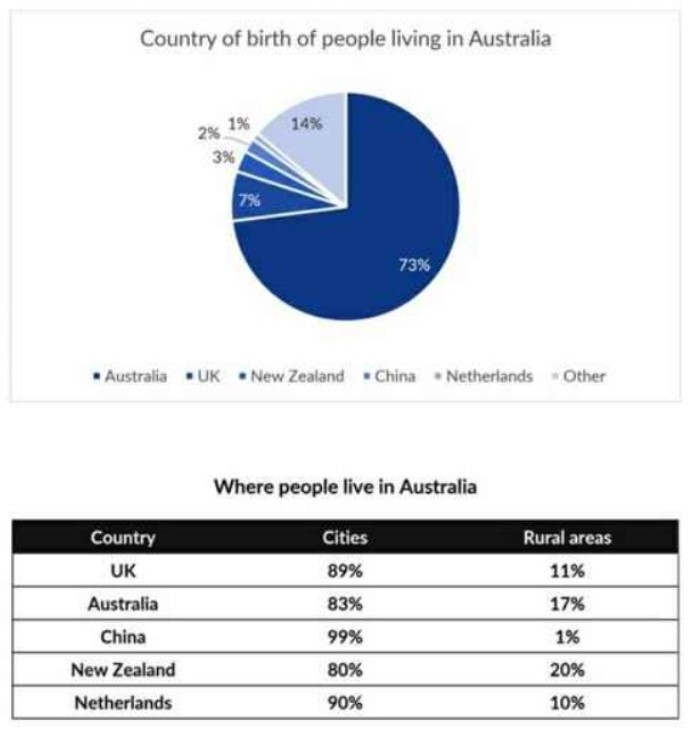 The pie chart illustrates the country of born of people residing in Australia and the table depicts that where people live in a rural area or cities area depending on the birth of these countries. Overall, Australia is the highest leading country. At the same time, the Netherlands is the least country with the birth of people living, and on the other hand, the majority of people preferred to live in cities area than in rural areas.