when the photo was taken

how this photograph was taken

where the photo was taken

who took the photo

The photo I would like to describe is a scenic, which was just taken by my phone. Although this photo is just a normal scenic, it was taken in a special place, which is on the helicopter. In summer holiday last year, my roommate and I decide to go to Canada for a one-month traveling. When we arrived there, we heard from local that Grand Moon is the most famous attraction in Ontario. People living there suggested us that viewing canyon scenery from the sky was the best choice. And we felt really moved and interested in their words. So we immediately booked tickets for sky tour of Grand Moon. Originally, I planned to enjoy the first time of the sky tour, but actually, the helicopter shakes heavily and it was difficult to take any photos of flying. This made me dizzy. You know, I looked out the window and enjoyed views by eyes without taking any photos. Luckily, after we got off from the helicopter, my roommate told me that she used her phone, taking a photo of me. The photo has a splendid background of the whole Grand Moon and I was looking at the window. I love this photo and use it as my desktop until now. 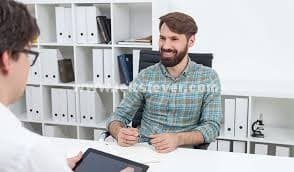