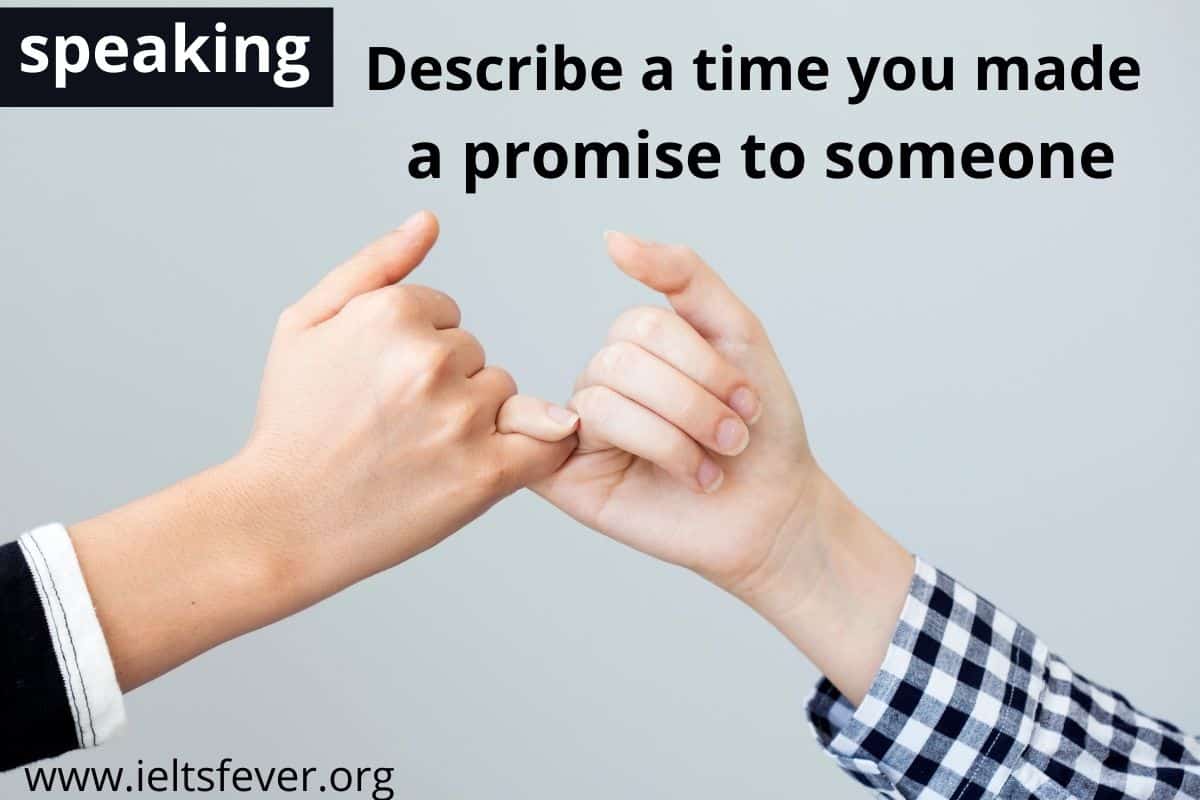 Describe a time you made a promise to someone

Sample Answer Describe a time you made a promise to someone

Well, people make promises to keep their relationship long-lasting. Some promises people make and they really fulfill them, while sometimes they are incapable of making them.

Whom did you make the promise to

So here I would like to speak about a promise that I had kept with my husband. Actually, I was getting obese and the marriage of my brother was coming near and for it, my husband had bought a beautiful gown and he really wanted me to wear it on that day; but, due to my protruded stomach, it didn’t fit me.

So my husband at that time took a promise from me to lose weight. Although it was very difficult for me to lose weight within 1 month because I had only one month left for the marriage. As he knew I never broke my promise.

Why you made the promise

So I made a promise to lose weight so that I could wear that dress on the marriage day. I started to wake up at wee hours. Initially, it was very difficult for me to get up so early but as I had a promise with my husband so I started to do some sort of exercises and I did skipping and relied more on raw vegetables and I totally avoided junk food.

Was the promise easy to achieve

Ans. Yes, they do. They make many promises like buying boxes of chocolates when their children come off flying colors in their exams as well as they also make promises to take them for an outing so that they can break their monotony of routine things.

2. Do children also make promises to their parents?

Ans. By all means, they too do. Because when they get everything from their parents in return they make a promise to be civilized in the society as well as they also make a promise with their parents to get good marks in exams as well as taking healthy meal and talking less to strangers because children are immature so if children make promises then definitely they try to keep their words.

3. Do most people fulfill their promises?

4. How do you feel when others break their promises?

Ans. Well, I feel awkward when somebody makes a promise and is unable to fulfill it. It really spoils my mood and it becomes very hard for me to believe in that person because we expect others to keep their words. So whenever people make promises; then, they must make them and if they are unable to make them, then people lose their trust and it also has an end to their relationship.

This is the end of the cue card. Describe a time you made a promise to someone