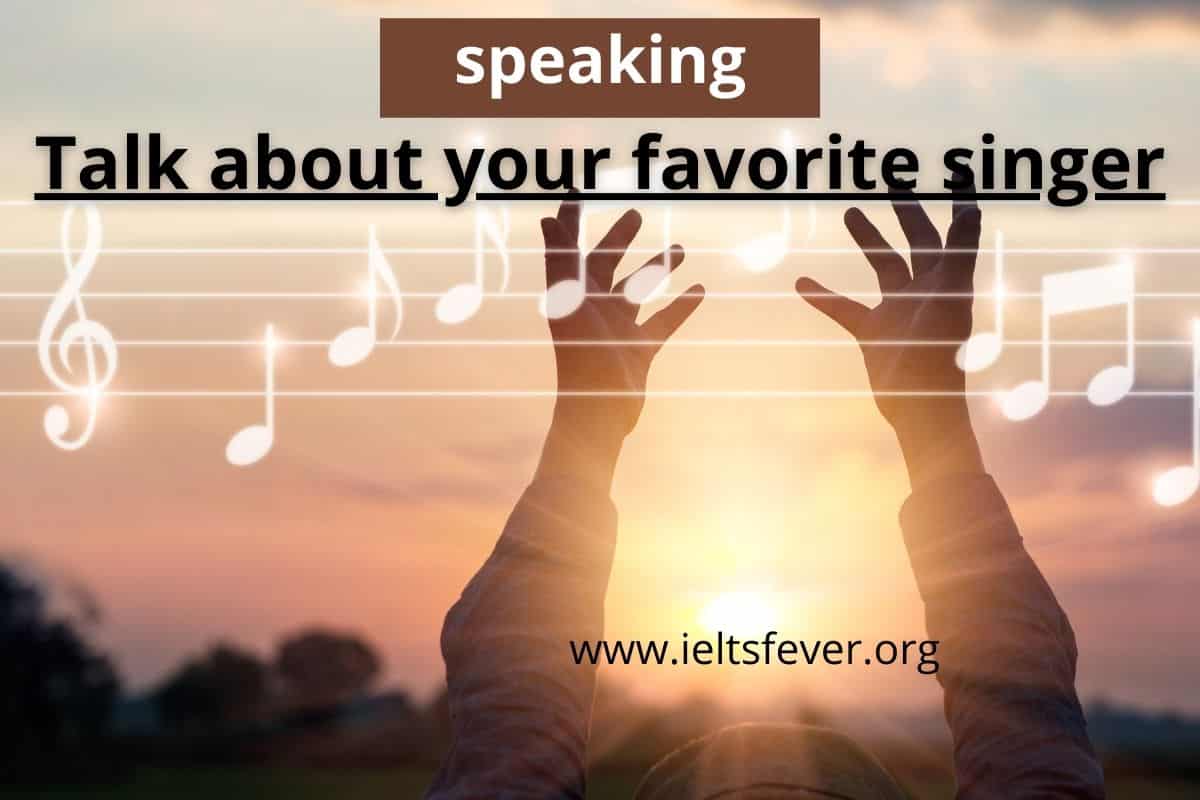 Talk about your favorite singer

Sample Answer of Talk about your favorite singer

Singles anthem the audience by their melodious voice and people forget their worries when they listen to the songs of their adorable singers. I would like to speak about a singer which is all time my favorite and he is none other than Babbu Maan. He is a legend and is known not in developed countries but he is well known all over the world.

how often you listen to him?

I regularly listen to him and mostly his interviews on the television and I love that he speaks fearlessly and he is above board in his dealings. He is like a politician or a leader as he possesses the good traits of a leader. Now online century can see how he has influenced others by his fired speech in farmer’s agitation against the laws made by the government.

In my perspective, no one is perfect. I can’t say he is a perfectionist but I assume everyone has a dark past but the person who takes a stand against injustice is considered good. He always goes out of his way to help the downtrodden people.

He has helped in building the career of many new artists. He is truly a great soul and that’s why I like this singer.

Ans.  Yes, they do play as they entertain the people by their melodious voice and when they help the society,  they get appreciation as well as they are awarded by people. Now one can see the role of singers in farmer’s agitation against the laws made by the government.

2.Do you think celebrities have a lot of income?

Ans. Yes, they have because they have earned money by entertaining the people sometimes by singing or acting. It is their labor and they do hard work and I think entertaining people is not everybody’s cup of tea.

Ans. Well, natives of my country love to listen to both classical as well as Western music. It depends on their mood. oldsters love to listen to folk music while celebrating ceremonies like birth, anniversaries and youngsters have ambivalent views on both of the two musicians. Because any music either classical or Western that entertains the people is listened to by all.