Question: Do teenagers and adults enjoy the same kind of songs?

It depends on the personal taste. Generally speaking, teenagers like songs with fast beats

and adults like songs with good lyrics and soft music.

Question: What are the factors, which make people like a song?

A song should have good lyrics, a good composition, a pleasing voice and a good video

to be liked by people.

Question: On which occasions do people in your country sing together?

In my country, people sing together on birthday parties, marriages, anniversaries and

national holidays like the Independence Day and so on.

Question: Which kinds of songs are suitable for children? Why?

our culture and tradition. As it is, today’s children are following the global culture and so,

they need to be kept in touch with our traditional culture. Folk songs are a good way to

connect with our culture.

Question: What do old people like to listen to?

Always people like to listen to religious songs, old film songs, and songs with slow beats.

Question: How would your grandfather feel if you gave him some hip hop music to listen to ?

I don’t think he will like it. He loves old Hindi film songs.

Question: Why do you think old people like old songs?

I think it is so because they feel connected to that time. Such songs bring back nostalgic

memories of the past.

Question: Why do you think people of different age groups have different favorite songs?

This is because tastes change with age. At a younger age we like faster beat songs.

When we grow older, we start liking slow songs and songs related to religion.

Question: What kinds of music do children in India like to listen to?

Small children like to listen to songs with fast beats on which they can dance, even if they

Question: What are the differences between popular music and the music that (young) children like to listen to?

I don’t think there is any difference. Children like the popular music.

Question: Why do some people like to play music in the open?

They do also perhaps because they want to share their art with the people outside, or

they want to play music in natural surroundings. 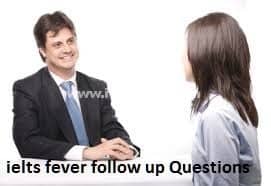