Describe an Important Piece of News That Received in Mobile?

I have always been interested in reading news through the newspaper or Mobile News App because, in this way, I came to know about whats, happenings in my surroundings. However, I would like to talk about an essential piece of news received in Mobile.

Last month I have seen the news in Mobile suddenly I observed the news related to open new institutes in my hometown who taught differnt kinds of languages like English, French, Spanish and so on. It was such important news for our hometown. That news was more vital for them who had to go to study in other cities. So they could take coaching from that institute.

There are so many reasons why this news was more important. First of all: I planned to learn the Spanish language, and I already looked for the institute which taught that language, so I felt jubilant about that news. In addition to it: People could not need to go in another for coaching. They could take that opportunity in their area. With this, they could save their time. Last but not least: That institute provided many facilities such as free transportation for them who came from other cities, relife in fees for new students.

That was the news which I received from the Moblie, and it was more critical for my hometown. Now I take coaching in learning Spanish language form this institute. 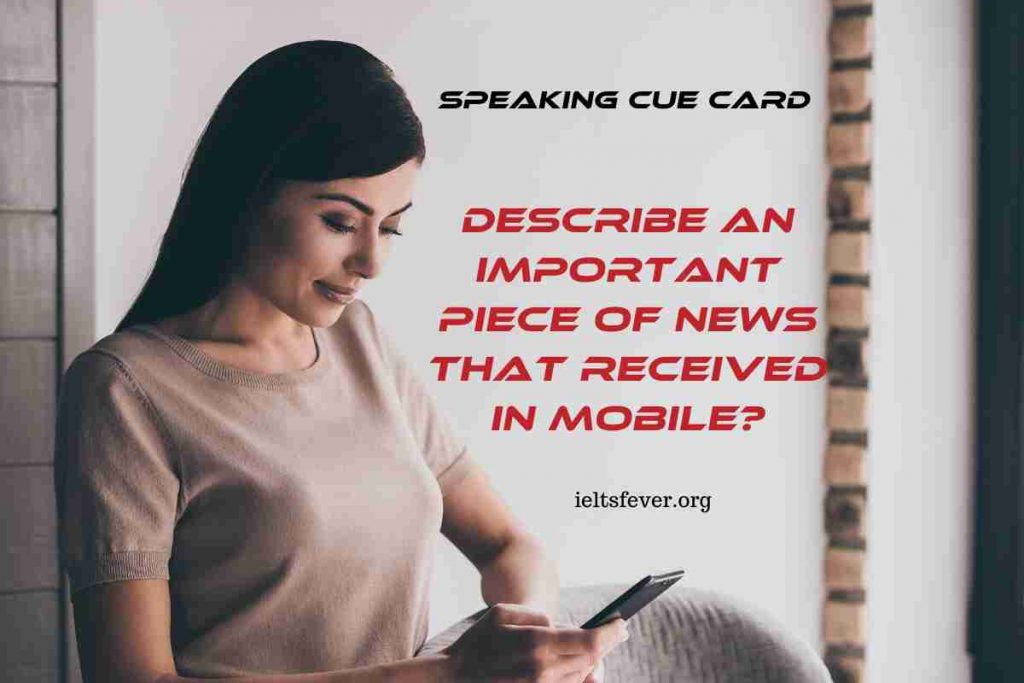 This is the End of Cue Card (Describe an Important Piece of News That Received in Mobile?)

Write a letter to an English teacher whom you know and ask to borrow some English books to help a child of your friend to study. (1) due details of the child. (2) do you plan to teach him or her.(3). which books do you want to borrow?