# Some believe museums should entertain people, while others believe their purpose is to educate. Discuss both views and give your opinion.

Museums play important roles in today’s society. With regard to this, there is an often debated topic on what purpose museums should serve. While some believe that they should serve as amusement centers, others hold the view that their primary aim should be to educate. Both sides of the argument will be discussed in this essay before a conclusion is reached.

On the one hand, a growing number of people believe that museums should be strictly for entertainment because the government generates substantial revenue from them. They claim that people get attracted from all over the world just to watch ancient exhibitions and get good value for money. A prime example is Egypt. Her national museum which houses artifacts and ancient paintings attract tourists from different parts of the world. In the same vein, a recent report by Africa Union revealed that a significant twenty percent of their revenue is generated from this. In addition, this fund could be used to establish other amusement centers.

On the other hand, some argue that the best purpose of museums is to educate. This is because they say museums contain relics and kinds of literature on the historical background of a nation and that it is the ideal place to learn and appreciate their heritage. If every student from elementary to the tertiary level of education visited the museum, the knowledge imparted can birth fierce patriotism which is a very relevant attitude for national development. For instance, every Russian is taught to visit the museum from their early cognitive stage of development and this could explain the strong passion they have for their country. It is thus understandable why many people support this view

After examining both sides of the argument, it is true that museums are a good platform for entertainment. Nonetheless, I believe that their role in education is more impactful to society. 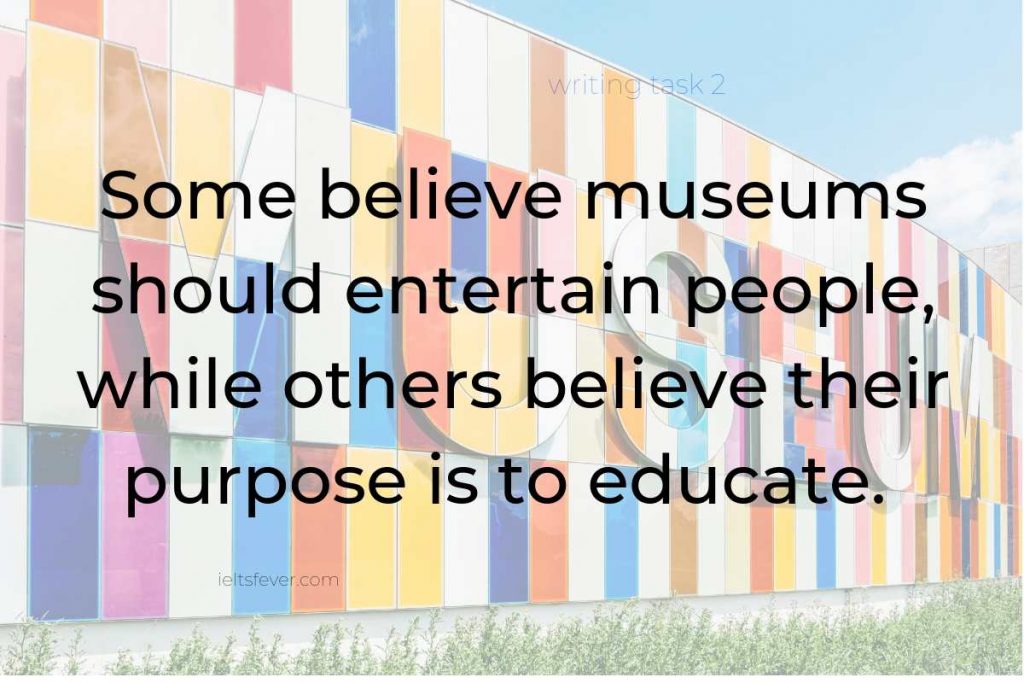