The graph shows the percentage of the population living in urban areas on different continents. Summarise the information by selecting and reporting the main features, and make comparisons where relevant. 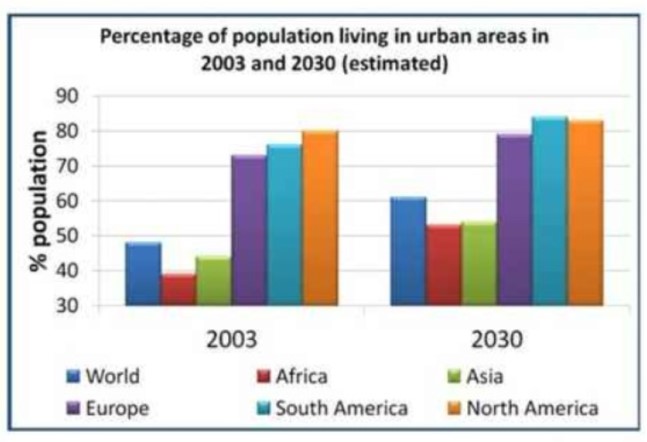 Overall, Europe, South America and North America had a major percentage citizen while will increase
slightly in 2030 additionally, another continent popular also rise.

In 2030, it predicted that above just tenth percentage will jump up in world and Europe however, Africa and Asia population percentage in the countryside will same on account of half proportion. South America will have a peak percentage of roughly 83% and 82% of North American people will live in the city.

The Pie Charts Below Show the Average Household Expenditures