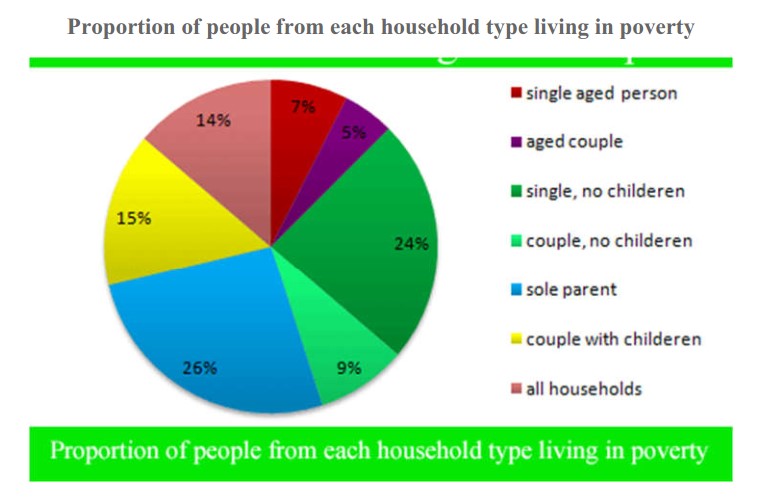 Sample Answer of The Pie Chart Below Shows the Proportion of Different Categories of Families Living in Poverty in the Uk in 2002.

The pie chart examines the different type of families who were living in poor conditions in the UK in the year 2002.

As an overall trend, 14% of the entire households in the UK at that time were in conditions of poverty. In general, single people struggled more than couples.

When it comes to people with no children, single people made up a large percentage of 24%, which is almost the same figure for single people with children. On the other hand, only 9% of the couples without any children suffered from poverty in 2002. In terms of aged people, singles had a slightly higher percentage than couples. Only 7% and 5% of the aged population had hardships in their living circumstances.