The pie charts compare ways of accessing the news in Canada and Australia. Summarise the information by selecting and reporting the main features, and make comparisons where relevant. Write at least 150 words. 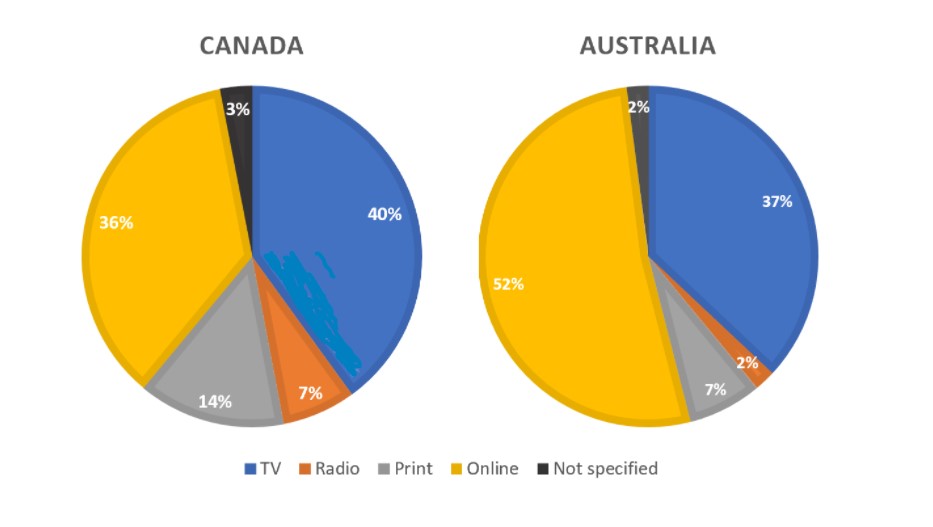 The yielded pie charts demonstrate how people access the news in Australia and Canada.

Overall, it can be seen that television and online news are the most prioritised way although not specified have the least in both countries.

For Canada, two fifth percentage of people like to access news by the TV while 36% of update themselves by digital platforms, which has the second-highest proportion. Print or tabloid medium has double percentage than radio has. In addition, 3% of Canadian get widow is not specified.

also, Read The Pie Chart Below Shows Energy Is Used in a Typical Australian