The Diagrams below show changes in a cinema from 1980 until now, summarize the information by selecting and reporting the main features, and make comparisons where relevant. 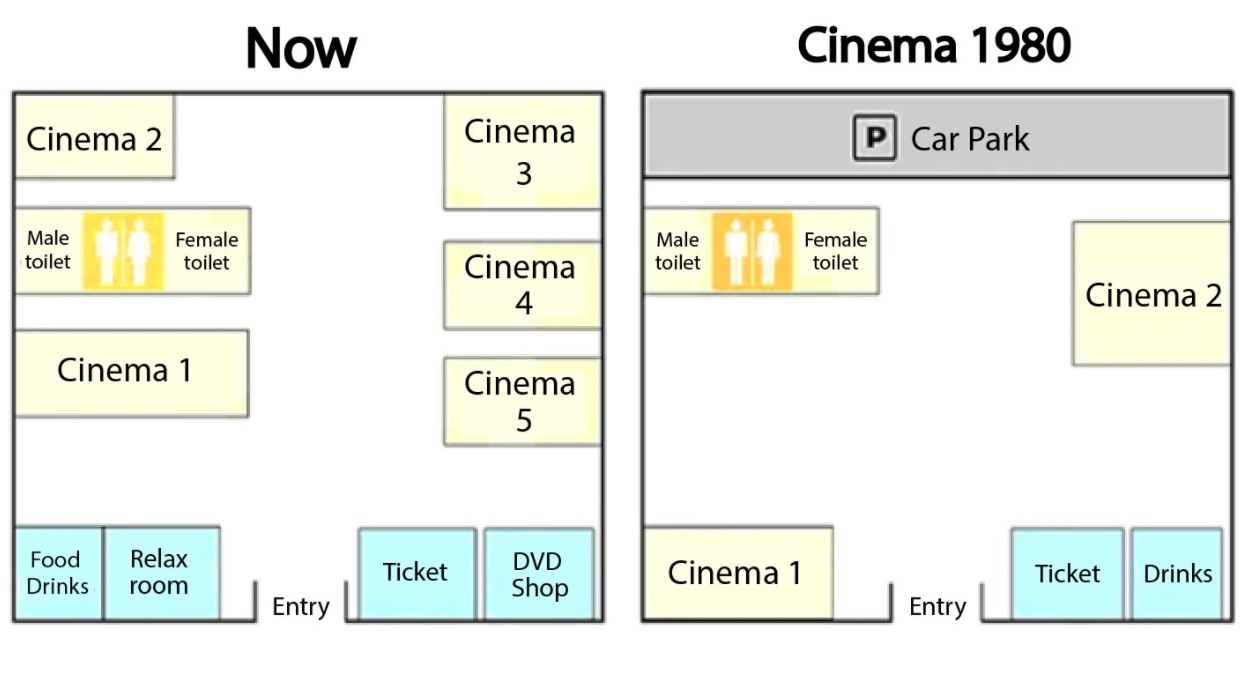 The yielded two pictures illustrates the changes in a cinema from 1980 and nowadays.

Overall, it can be clearly seen that after advancement cinema screen rise and more shops build.

After development nowadays, no made changes in the entrance, ticket collection and male and female toilet. However, cinema increased to 5, cinema 2 moves to the north-west corner, next to the toilet, is cinema 1, relocated in the northeast corner new cinema 3 constructed and in the south direction next to cinema 4 and 5 respectively. Food drinks shifted to the bottom left corner and alongside has relaxed room. DVD shops developed in drinks area.

Also, Read The Pie Chart Below Shows Energy Is Used in a Typical Australian