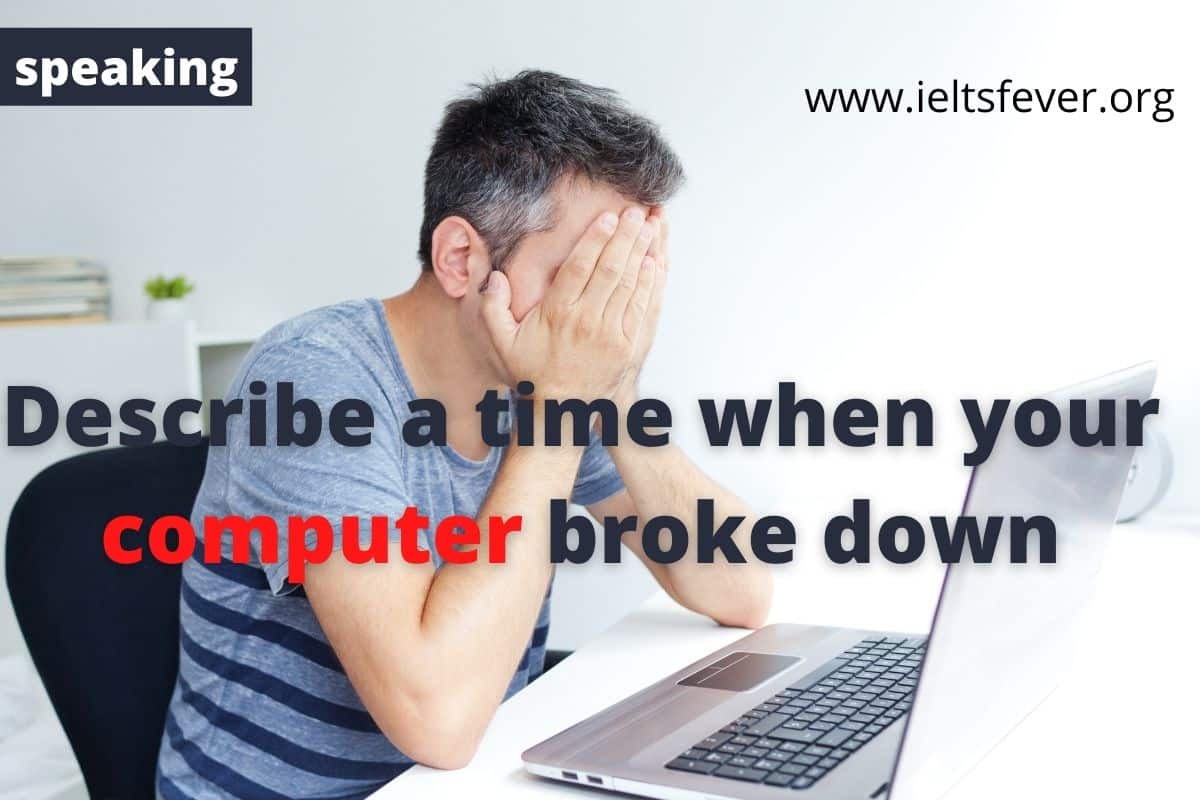 Describe a time when your computer broke down

sample answer of Describe a time when your computer broke down

Well, I am very careful about my things. I never break things intentionally; but, sometimes things get breakdown unintentionally.

So here I would like to speak about a time when my computer broke down accidentally.

It was a time when I had borrowed my friend’s laptop to prepare for  IELTS. As I was doing the listening and before going to start reading, I felt to have a cup of joe. I went to make it.

I was keeping it on the side table suddenly my child screamed and unconsciously the coffee poured over the laptop and without paying attention to my child, I cleaned it with a piece of cloth and tried to restart it but all my efforts go in vain. I was feeling humiliated as I had borrowed it though it happened accidentally it was a great loss.

.And how you felt about it?

I went to take it for repair and I took a sigh of relief by knowing that it could be fixed because it had no severe damage. When I told my friend initially he got shocked but when he learned that it could be fixed then he passed a smile. Since then, I thought I must be careful about the things that I borrow from others.